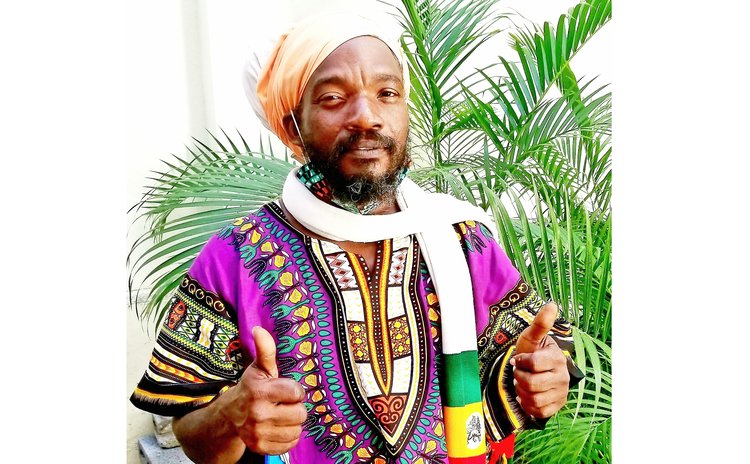 A self-professed friend, advisor, and decade-old supporter of the Prime Minister and the Dominica Labour Party (DLP), now turned independent candidate has rubbished claims of him being part of the government's ploy in the upcoming Grand Bay by-election.

Clarington Bacchus Andrew popularly known as "Twa Woche", a roof specialist and artist who hails from Eggleston and now resides in Trafalgar, is the third of three candidates in the upcoming by-election carded for November 25, 2021.

Many theories abound following his nomination, one of which stated that he was sent by the ruling Labour Party government to strip votes from the other independent candidate, thereby improving DLP's chances.

However, in an interview with The Sun, Andrew seemingly laid the rumours to rest.

Though he confessed to having very few ties in the Grand Bay constituency, he revealed that he is in the process of forming his own political party, the People Unity Party (PUP), and insists that the Grand Bay by-election is ideal to launch his political career.

The former DLP supporter claims his interest to join the political arena was formed long ago but his plans to contest past general elections were halted by members of the DLP who saw him as a threat.

According to Andrew, over the years he has contributed significantly to the DLP but is now seizing the opportunity to present his own plans and ideas.

"I gave the Prime Minister several of my development plans and I never asked him one cent for my $70million development ideas. I contributed to his manifesto in agriculture and a lot more to Labour in the past 20 years but you see right now, it's time for people to know the person behind those ideas," Andrew said.

While praising the government for its contribution to "nation-building" thus far he believes that, "they need to put more money in the people's hands".

"There is too much money in the government's hands and the people are suffering. So I want the money to be in the hands of the people. I am not here to compete with Mr. Skerrit because I love him but I am just here to present my development plans to build the Grand Bay people," he said.

If elected to serve as the parliamentary representative for Grand Bay, Andrew says a revival in sports and arts are among items to be pursued during his time in office.

Like his symbol, the tree, he says his only major objective is to take the Grand Bay constituency from "roots to flowers."

"I see Grand Bay as the cultural city of Dominica with many talented youths, but little investment is made to benefit them. My development plan is to get Dominica a professional league for football, cricket, basketball, volleyball, rounders and athletics, and all other sports and I believe Grand Bay is the best place to start," Andrew said.

He said if elected, a sports club will be created in every community within the constituency as well as a professional league. During championships, Andrew avers that winners will be awarded $75,000.

With reference to music and arts, he said with the revival of sports in Grand Bay, artists will get the opportunity to showcase their talent at the various games thereby leading to their exposure.

When questioned on his plans to gain support in the constituency where he has little ties, he said: "It is about building confidence in people and making people know that you are true. You see me, I have confidence and I'm going to bring that to the Grand Bay people and they will know that I am an honest man, I don't lie and I'm coming with truth."

Andrew further boasted that on nomination day after unveiling his plans to a complete stranger in Grand Bay, the Grandbarian completed his nomination as he was short a nominee.

He appealed to Grandbarians especially the youth and the elderlies to trust in his vision.

"Give me the opportunity that I am looking for to represent them and I promise that after five years every Grandbarian will grow by 300%," he said.

Andrew says, while his party is building in membership, he is confident that come the next general election, PUP will have a full slate of well-rounded men and women to contest every constituency and will emerge victorious.