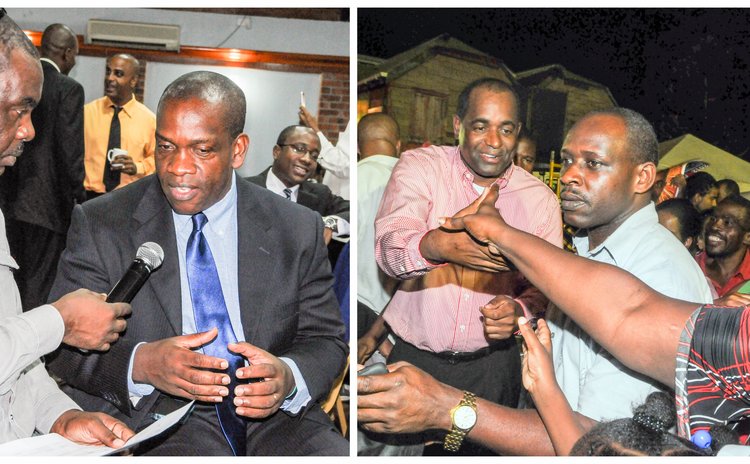 Not many big splashes occurred in 2013 but there were a few significant events that could change the trajectory of our future.

First, the opposition United Workers Party (UWP) resurged with a new leader and a new message that providing the real possibility of Obama-like "Change" in the political landscape; or at least the creation of a more vibrant opposition will give a real fillip to our fledgling democracy.

Charles Angelo Savarin reached the summit of his long political career when he became the nation's eighth Head of State. We believe that President Savarin has the capacity to become one of the great presidents of Dominica; or he could contribute to our descent deeper into the morass of political divisiveness. Time alone will tell.

In 2013, two young persons demonstrated the real potential of our youth and gave us hope that the future may not be lost in the maelstrom of drugs, violence and delinquency. Firstly, Leslassa Armour-Shillingford gave Dominicans an opportunity to smile more broadly and walk taller, if only for a while, as she competed strongly in the Miss World pageant in Indonesia. Then, Jean Pierre Prince may have saved dozens of lives, that exact figure God alone knows, following the collapse of the main road at Pond Case.

These were a few of the many stories that held our attention in 2013 and, as usual, we "refresh" them in this special section. Enjoy.