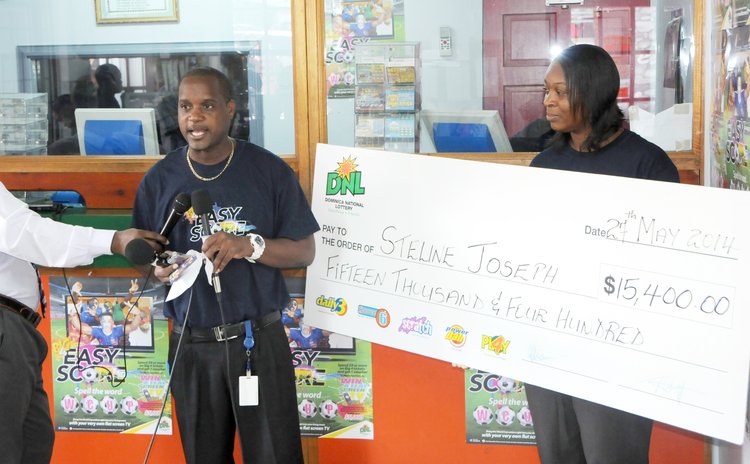 Steline Joseph, a tour guide from Tarreau, is a lucky woman. She won $15,400 from the Dominica National Lottery (DNL) Big 4 Game last week. And that's her second win within six months- she won $10,000 in December last year.

Other persons are winning too. According to Ken George, Marketing Manager of the DNL, in May the company paid out $43,300 to winners of the Big 4 game and DNL has delivered a total of $132,000 since the game began.

"So go out there to all our vendors and ensure that you are part of the Easy 4 promotion and to be a winner as Steline Joseph," George said at a simple cheque-presentation ceremony at the DNL's office that Joseph could not attend.

At the ceremony, George also introduced a new summer promotion called WCUP; lucky winners like Joseph, can take home a new 32-inch flat screen television and up to $5,000 in cash.