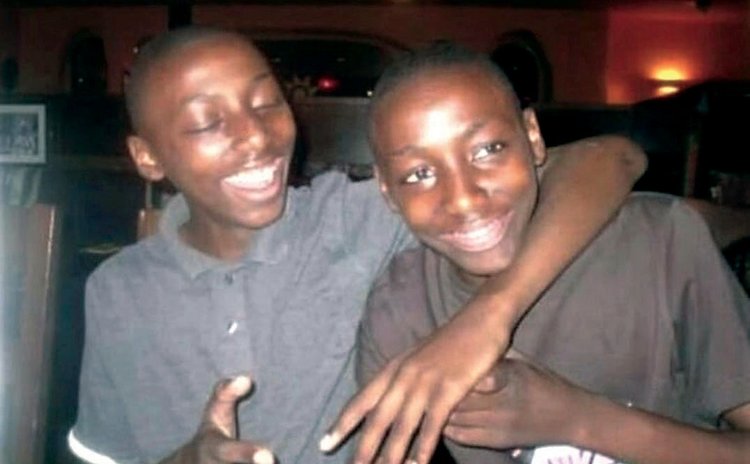 Twins at the centre of Britain's deportation conntroversy

The authorities here could be placed in the uncomfortable position of either having to accept a deportee from the United Kingdom or face the wrath of the British government.

The issue involves London-born twins, Darrell and Darren Roberts, 24, neither of whom has ever left the UK, but who now face deportation to different Caribbean countries where they have no known relatives, British media have reported.

Darrell has already been issued with a deportation notice informing him that the home office plans to send him to the Dominican Republic following a prison sentence. However, Dominica is all but certain to be the intended destination since the twins' father was born here. Darrell's twin brother, Darren, has been warned he too faces deportation, but to Grenada - where their mother was born – when he finishes his own jail sentence, the Guardian newspaper quoted Darren's partner as saying. Neither parent had British citizenship.

Government officials here appeared unaware of the development when it was raised by The Sun, but some were left fuming at the thought of the British deporting a complete stranger to Dominica.

"What is being suggested here is immoral. I don't see any morality in sending somebody to a country with which they have no ties," said one official, who spoke on condition of anonymity because the subject had not yet been raised at any level of government.

"They were born in the UK, whatever traits they developed, good or bad - in this case bad - they obtained in the UK."

In fact, one senior public servant said London had not yet advised the authorities here of its intention.

"Once they do that we will be in a position to be firmer," the official told The Sun.

Rayburn Blackmore, the national security and home affairs minister, took a more diplomatic route in his response to The Sun about Dominica's options.

"Before anyone is deported to a country a diplomatic note has to be transmitted to the country. Once that is done the determination will be made as to the justification of the matter," stated Blackmore.

Although the brothers were born in the UK, they did not qualify for automatic citizenship, but are eligible through an application process, which can cost upwards of £4,660. However, any application at this 11th hour would be complicated by the fact that they both have been convicted of committing serious offences with custodial sentences of more than 12 months. The home office automatically issues deportation notices to non-citizens convicted of such offences.

Having lost their mother to cancer when they were 13, followed in quick succession by an uncle who took care of them after their mother died - their father had moved abroad before their mother's death and they have had no contact with him for decades, according to reports in the British media – the twins were taken into the care of social services and were moved between a series of unsuccessful foster placements.

Darrell, who was convicted of grievous bodily harm while still a minor, said he was shocked to learn that he faced deportation. "It was heartbreaking. I've finished my sentence; I was expecting to be released," the Guardian quoted him as saying from prison, adding that prison staff laughed when he told them he was born in the UK and appeared not to believe him.

Britain's "hostile environment" policy introduce in 2012 by Theresa May – then the home secretary, who later became prime minister – has also made it difficult for immigrants and people who "don't look British", and came to sum up a wider resentfulness towards migrants in the UK.

It was this very policy which led to dozens of Caribbean-born British residents of the Windrush generation being wrongly classified as illegal immigrants, deprived of their rights to basic services and deported.

Asked if Dominica would be forced to accept Darrell, one senior attorney told The Sun the issue was not quite straightforward despite the fact that, under the constitution, anyone born abroad to a Dominica-born citizen could be entitled to citizenship.

"If in truth their father is Dominican by birth, then the twins probably will be entitled to citizenship of Dominica according to the constitution but they would have to go to the formalities," the attorney said. "From Dominica's perspective, do we accept the young men are Dominican? I don't know that we do. I would think that at the moment the safest position is that the legal status of the twins [in Dominica] is uncertain."