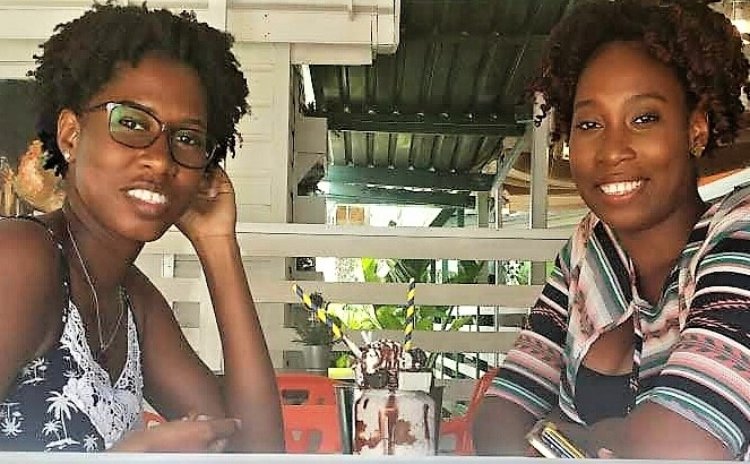 Jyorianne and Jyolainnie Daniel are not like the average twin, not only do their separate identities set them apart–as they are fraternal twins– but it's also the fact that the girls each share a separate birthday.

"People don't believe we are twins because we were never the same height or size and we look different so a lot of people don't deny the fact that we are sisters but they say we are not twins," Jyolainnie said.

Whilst the girls love their own identity, they did reveal, however, they have at times pondered on the possibilities which would have been available to them if they were identical.

"We would always debate the advantages of being identical twins. I have always been good at English and she is good at Maths so on many occasions we said if we were identical then I could go do her Maths test and she could do my English exams for me," Jyorianne said jokingly.

One of the magical mysteries associated with twins is that they share a special connection beyond that of ordinary siblings. While the twin bond is a unique relationship, many twins say, it's endowed with extraordinary, seemingly telepathic, qualities.

While the phenomenon is assumed to be more common in identical twins because they share a closer genetic connection, the Daniel sisters say they are not excluded.

"When compared to the connection that I have with my other siblings, mine with Jyorianne is the strongest. We have never expected the twin thing of feeling each other's physical pain because our relationship has not reached that level but I can definitely tell when something is wrong with her without her saying it," Jyolainnie said.

As unique as it is, being a twin often means having to form your own separate identity from one other, contrary to the belief that twins do everything together and act relatively the same Jyolainnie and Jyorianne say they differ in many ways.

"We are alike in a lot of ways but we are also very dissimilar. We like different things, we have different personalities and also a different sense of fashion. I like pants and jumpsuits and she likes skirts and dresses and makeup and many people have come to understand that especially our family so I wonder if we were identical twins who would like what," Jyolainnie said.

Though miles apart –Jyolainnie lives in the US whilst Jyorianne has returned home since the end of her studies– one sister says the distance did not affect their bond but the other had an opposition view.

"We talk to each other mostly every day, even though it's just the most random thing or just to say I love you, our bond is still the same," Jyorianne believes. However, Jyolainnie is of the view, "well for me the distance does affect the bond because certain things we use to do like watch Netflix shows together and react at the same time, those little things have changed and it's different. We are still close but it's not really the same."

Regardless, the sisters say their special connection was formed from the womb and it is unbreakable.

"Despite all our fights and us pushing each other's buttons I cherish the fact that I'm a twin and have a best friend for life," Jyolainnie said.

Jyorianne added: "I think I have a built-in soulmate and regardless of our fights our connection cannot be broken even if we try and none will compare to our relationship."