Twins on the Court

Jump Ball No. XXXIV (Segment A). By Arlington James 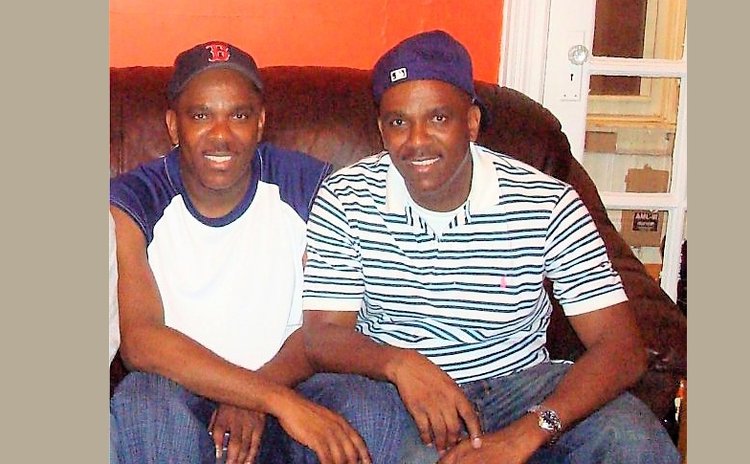 You may have enjoyed eating a "jimo" (double) banana or grapefruit, or used a "jimo" seasoning pepper or plantain in cooking and you probably did not pay those joined fruits any mind.

However, in the human race there are many different manifestations of twins, but there are five most common "combinations".

Many of us would have interacted with identical twins, either David & Derrick, Jane & Janet, or other twin siblings.

Furthermore, you may have twins in your family, in your class at school, at Sunday School, living in your neighborhood, or even employed at your work place.

Suffice it to say, on occasion these twins, particularly the identical pairs, amaze or confuse some of us, and sometimes even subject the unsuspecting to their pranks.

Many basketball teams have been "graced" with two or more siblings playing during the same period, and even being on the court simultaneously. But have you ever been on a team with a pair of twins?

Dominica's basketball has seen no less than four (4) pairs of twin brothers, plus one half of another set of twins, dribbling, faking, and "shooting the rock" over the years. These twins come from different parts of Dominica, all from the southern half of the island.

Let us meet those Dominican twins who displayed their skills on our basketball courts, at House League, School League, Community League or National League level.

Jean & Joshua Etienne are identical twins who were born in the south-eastern village of La Plaine. They attended the Dominica Grammar School in the 1970s and are currently in their fifties.

At the community level, they played in the South-East Basketball League with South-East Suns. Some years later they joined Clouds (from Goodwill) and played in the national league's 2nd level men's division. Jean is the "lefty" of the pair.

"Shua" – as Joshua is popularly known – was a Guard on South-East Suns, and then Forwards on Clouds. Jean, however, played in the Forwards position with both teams.

When asked whether they ever confused their defence, Joshua responded, "Yes, we did sometimes. And the crowd was always fascinated when we were on the court at the same time." Shua was quick to note, however, that neither he nor his twin ever tried playing tricks on the referees, and was adamant that they always "played by the rules".

Jean and Joshua currently reside in the United States of America.

René & Roland Henderson are identical twins from the village of Grand Bay. They come from a culturally active family and as basketballers, were featured in Jump Ball article No. XII, "Arts… Basketball… Culture…" in May 2017. They attended the Grand Bay Primary School and are currently in their late fifties.

The inseparable twins that they are, these brothers played together with Pepiz Pros, then 76ers, and later Rammers, all in DABA's 2nd level men's division (LMD) in the 1980s. They also played with Rammers in the Grand Bay Basketball League.

At about 5ft 9in tall, both brothers played mostly Guard on their teams, but whenever they came up against teams of relatively short players they would switch to playing in the Forwards position.

Playing on the same team, and sometimes being on-court simultaneously, René and Roland sometimes confused their defenders. Some teams could not tell which one was on-court and who was on the bench at a particular time in the game.

John Roach - the father of "football twin girls" and a very close friend and former player with René and Roland - made some very interesting observations regarding those Grand Bay "basketball twins". Roach notes, "It was interesting observing the interaction between those twins. Even being on the same team they were constantly competing against each other, trying to outdo each other."

Roach went on to note further that, "Whenever their team lost there would be much argument, and this would go on for days, long after the match."

And, talk of a close friend being unsure as to who was who between those twins, Roach admitted that even being with René and Roland almost daily, it took him several years to figure out the difference between those brothers. One has a small scar on his forehead in the shape of a cross, and was also slightly slimmer than his twin.

Roland is right-handed while René is a "lefty". They migrated to the US Virgin Islands over twenty years ago.