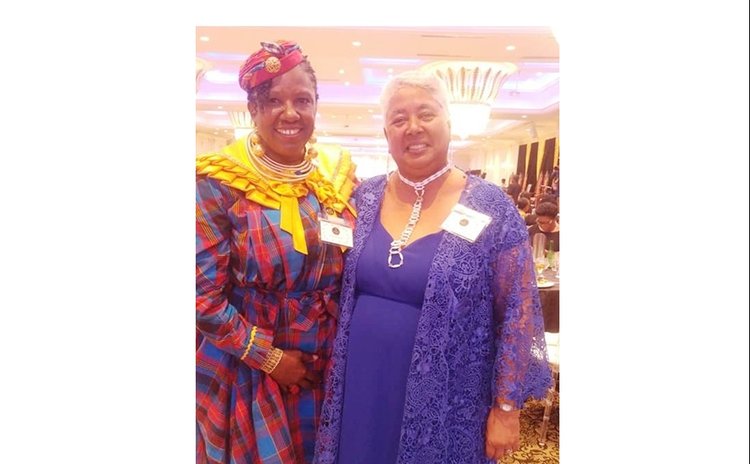 The Commonwealth of Dominica Ontario Association has extended congratulations to two phenomenal women in their community who last week were named two of Canada's 100 MOST INFLUENTIAL BLACK WOMEN of 2018.

Nominated by the Hon. Dr. Jean Augustine, Frances was recognized for her community service, leadership in community and her mentorship of young persons' in the Caribbean-Canadian and African-Canadian communities. Frances was also singled out for unparalleled efforts to aid Dominica after the island's demise after 2015 Tropical Storm Erika and the devastating 2017 category-5 Hurricane Maria.

Frances is the founding president of the Council of Caribbean Associations Canada and a past president of the Commonwealth of Dominica Ontario Association. In 2016, Frances retired from Bell Canada as an Associate Director of Strategic Sourcing/Procurement. She is the Communications Director for the Black Business and Professional Association (BBPA) and serves in in Advisory capacity with the Afroglobal Television network.

Frances is the recipient of the Queen Elizabeth II Diamond Jubilee Award from the Government of Canada, Honoris Causa from the National Ethnic Press & Media Council of Canada, Planet Africa Volunteer of the Year Award, Black Business and Professional Association Woman of Honour, OECS Award of Excellence, STAGG Volunteer Award, CDOA Award of Excellence among many others.

When asked by the 100ABC Women what her greatest accomplishment was she stated without any doubt, "Motherhood!" and her advice for the next generations "Honor the memories of those who fought and died so you could be here today. Stand up for what is right, not what popular and be an advocate for your community. Read. Learn. Teach!"

She co-directed Black Theatre Canada in the 1970's, where she also served as a writer. Amah is most often identified as an anti-racist advocate, innovative educator and champion of culture who fosters the harmonious coexistence of peoples. Amah knitted education and theatre techniques into a fabric of cooperative action, using elements of participation, whether students or performers, children youth or adults, to actively engage with information, script development and performance.

At Gordon Brown Middle School where Amah taught, she enjoyed developing with the Vice Principal the Young Women on the Move Club. She chaired many committees, the highlight being the African Heritage Committee.

In the 1970's Amah found time to be a television actress playing lead roles for CBC, CTO, TVO among many others and has guest lectured at Ontario Universities.

Amah's accolades are lengthy including the John Holland Award, the Harold Award for Artistic Excellence, the CDOA Dominican of Distinction in Education, Caribana Arts Group Volunteer Recognition, and British Council Award in Dominica for Best Performance Commemorative Shakespeare Festival among many others.

When asked by the 100ABC Women what her greatest accomplishment was she indicated "Being able with God's Grace to grasp the true meaning of love and family". Her advice to the next generation: "Be grounded in your cultural heritage. With God's guidance build on that to make Canada the place you would like it to be."

Bravo Frances and Amah! Well Done! Dominica and its Diaspora are very proud of you!