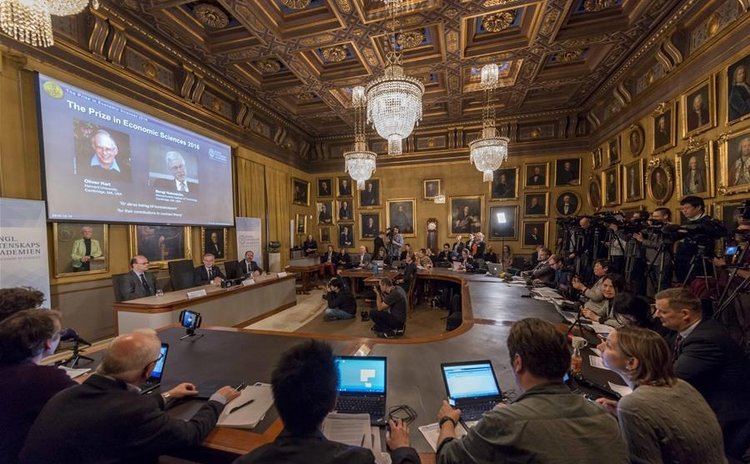 Photo taken on Oct. 10, 2016 shows the scene of the press conference held by the Royal Swedish Academy of Sciences to announce the winners of the 2016 Nobel Prize in Economics in Stockholm, Sweden

STOCKHOLM, Oct. 10 (Xinhua) -- The 2016 Nobel Prize in Economics, or officially the Sveriges Riksbank Prize in Economic Sciences in Memory of Alfred Nobel, has been awarded jointly to Oliver Hart and Bengt Holmstrom "for their contributions to contract theory".

Modern economies are held together by innumerable contracts. The new theoretical tools created by Hart and Holmstrom are valuable to the understanding of real-life contracts and institutions, as well as potential pitfalls in contract design, according to an official statement released by the Royal Swedish Academy of Sciences here on Monday.

Answering questions at the press conference after the announcement, Holmstrom said he was "very happy! Very lucky and grateful! " to win the prize.