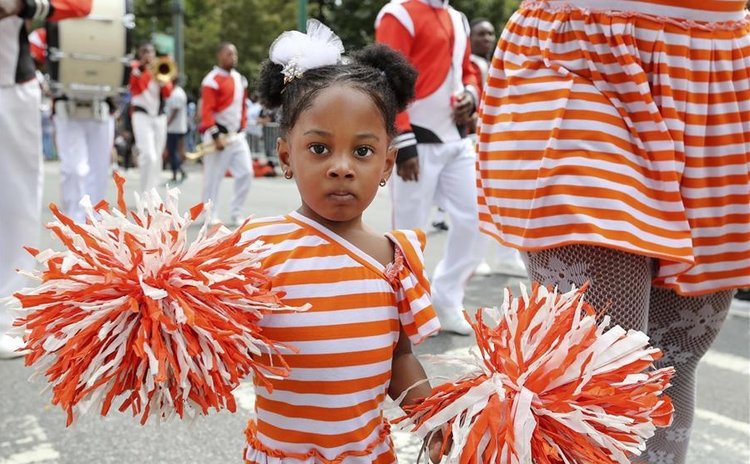 People wearing gorgeous costumes participate in the parade of Caribbean Carnival 2016 in New York, the United States on Sept. 5, 2016

NEW YORK, Sept. 5 (Xinhua) -- Two people were shot dead and at least 2 others wounded early Monday morning at the J'ouvert celebration in New York City's Borough of Brooklyn, a carnival celebrating Caribbean culture held before dawn on each Labor Day.

A male between ages 18 to 20 years old was shot in the chest at around 3:50 a.m. local time and died later at hospital, according to local police. About 25 minutes later, a 22-year-old woman was shot in the left eye just a block away and died at a hospital.

At least two others were shot and wounded but expected to survive, police said.

J'ouvert, which means daybreak, is an annual pre-dawn celebration held ahead of the annual West Indian Day Parade.

The event had a history marred by violence. Last year, a top aide to New York State Governor Andrew Cuomo was killed by a stray bullet during the celebration.

The investigation is ongoing and no arrest have been made yet.