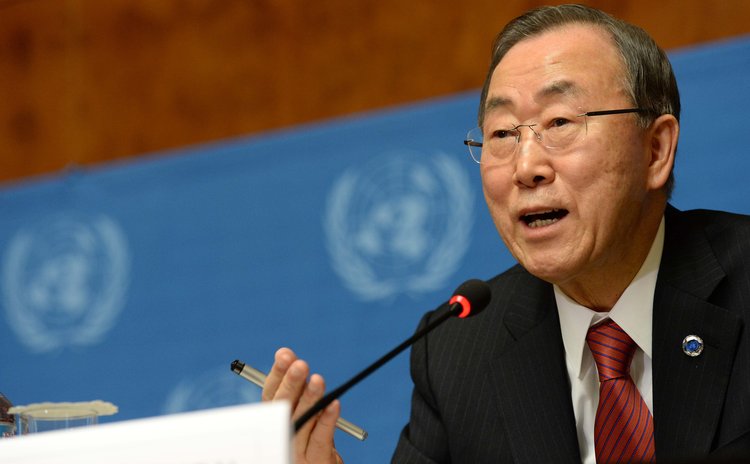 UNITED NATIONS, Aug. 7 (Xinhua) -- UN Secretary-General Ban Ki- moon on Friday welcomed the upcoming presidential, legislative and local elections in Haiti, which will begin Sunday with the first round of legislative polls.

"These long-awaited elections constitute a major milestone for democracy in Haiti," said a statement released by Ban's spokesperson.

The elections are wide ranging in their scale and complexity. Some 6 million Haitians will vote for 1,280 representatives for local administrations, 140 mayors, 139 Parliamentarians and for the President.

Ban said he in particular welcomed the increased ownership of the process by the Haitian people, noting that "credible, inclusive and transparent elections are a key to long-term stability and promotion of a vibrant democracy." He also urged the political parties, candidates and their supporters to campaign peacefully and to resolve any disputes that may arise through dialogue and established legal procedures.

"He invites all Haitians to participate and exercise their democratic right to vote for the renewal of their institutions of governance," said the statement. "The United Nations stands side by side with the Haitian people and will continue to extend its full support to this important process."

The electoral processes could last until the end of the year and will aim to restore the Caribbean country's Parliament, which has been absent since January.

Early this year, the Haitian Electoral Council has formally proposed that elections for two-thirds of the senate and the chamber of deputies will be conducted on Aug. 9, with the presidential and municipal vote to be held on Oct. 25.