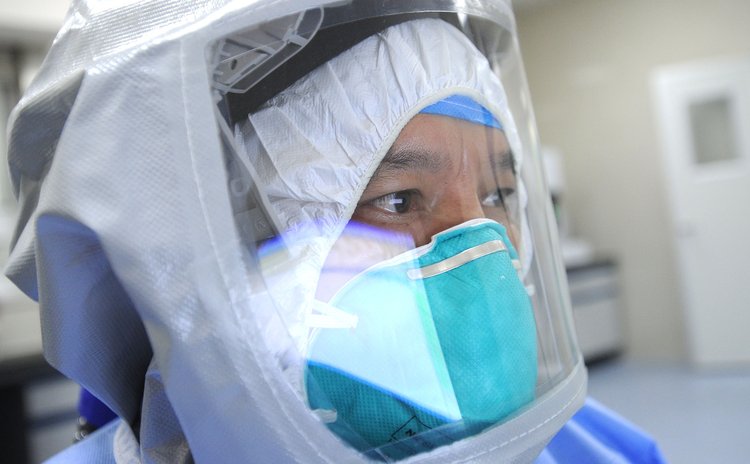 GUANGZHOU, Oct. 23, 2014 (Xinhua) -- A medical worker takes part in a drill to deal with Ebola cases at the Guangzhou Eighth People's Hospital in Guangzhou, capital of south China's Guangdong Province

"We don't yet have the full number of functioning treatment centers and places for where people who are ill can be kept away from others, so we are anticipating several hundreds of beds coming on stream in next few weeks," he said.

He said the number of new cases per day were coming down quite rapidly in some parts of the region, particularly in Liberia, outside Monrovia, and also in eastern Sierra Leone, which were incredibly intense transmission zone in August and September.

However, he highlighted the outbreak was still flaming strongly in western Sierra Leone and northern part of Guinea.

In western Sierra Leone, the increased transmission is the reflection of the fact that local community has yet to fully embrace the outbreak and to take action to avoid infection themselves, according to the envoy.

In addition, he attached the importance to maintaining global attention of vigilance because the deadly virus could spread to other countries.