Under the Sun, Moon and Stars 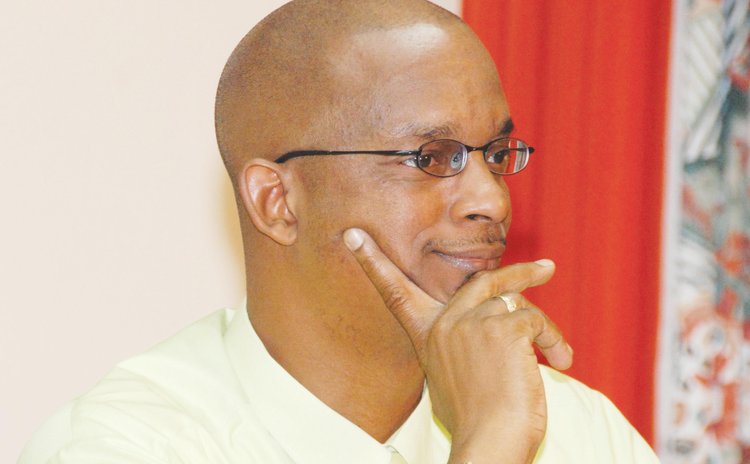 I have always been interested in and fascinated by the lyrics of Jimmy Cliff's song, a very old and popular one, entitled "Under the Sun, Moon and Stars." I have wondered what the message or moral really is. After pondering this for some time, I believe I have reached the Aha Moment. It is tempting, at first blush, to misconstrue his intention. It may seem that he is promoting a selfish, acquisitive and hedonistic culture. For instance, witness the following lines from one of the verses:

I want it right here on Earth.

Got to have some fun,

'for [before] my life is done.

the Sun, Moon and Stars.

Isolated in that way it can be misleading. It appears to run contrary to deferred gratification and it certainly does violence to what religious leaders are at great pains to teach and preach, that is, make sacrifices now, turn the other cheek, and so on, in the hope of salvation at some distant or indistinct time, based purely on Christian Faith. This is actually the essence of Christianity and the very reason, curiously, Karl Marx refers to religion as the "opium of the people" in the famous statement, "Religion is the sigh of the oppressed creature, the heart of a heartless world, and the soul of soulless conditions. It is the opium of the people."

Karl Marx really meant that religion acts as an illusory or deceptive buffer or bulwark against oppression, apparently assuaging the pain so that essentially those who oppress and who mete out injustice are cushioned and shielded from the anger of the sufferers (the masses). This is so because religion says to them that it is okay to suffer now as their present suffering on earth is transient and they will receive permanent relief in heaven. Tragically, the foregoing was also a convenient rationalisation for the atrocities of dictators like Idi Amin, Mobutu Sese Seko, Saddam Hussein, Muammar Kaddafi, and others who are moving inexorably and relentlessly in that direction (and who simply do not learn from the mistakes of others).

In contemporary Dominica, and I suspect other Caribbean islands, it is therefore not surprising when religious leaders condemn people who complain or criticize those in authority. Turn the other cheek, they say; don't be negative; be patient; revenge is mine, says the Lord, and so forth. Evidently, scolding those in authority has never been a comfortable or easy endeavour for the institutional Church. The latter, save a few nonconformists (as it were), appears more at ease and secure when it is on the side of the oppressor, or so it seems. Hence Jimmy Cliff is saying:

My fore-parents worked, from

Peace could not be found now

they're under the ground.

cried out in pain.

Seeking peaceful gain under the

But he quickly rejects the complacency and satisfaction with their condition/status, which he views in his forebears:

Won't happen to me.

I've got to be free.

I want it right here on Earth.

This is the moral of the song. It is an activist or revolutionary chant (hymn, if you will) and that is why I find profound peace and comfort in such songs. It is a declaration that "We are not ignorant and what we know is not what you taught us". It is a song for the emancipated and conscious mind. It is not about hedonism; rather it is about justice and equity. It implies that some people ought not to be enjoying the fruits of the labour of others. It speaks to a fair day's work for a fair day's pay. It eschews exploitation ("I like work, you know. But when I work I must get paid"). He wants justice and liberty right here on earth. The following lines are merely imagery or metaphors which emphasize the importance of being rewarded presently for hard and honest work, as opposed to exploitation of others, theft, embezzlement, corruption, dependency, and so on:

Don't want it on Venus, Saturn

Don't want it on Pluto, I want it

Don't want it on Jupiter,

Neptune nor on Mercury.

Don't want it on Mars,

but under the Sun, Moon and stars.

under the Stars, wherever you are!

Got to have some fun under the Sun, Moon and Stars.

Let happiness run under the Sun, Moon and Stars.

In the month of August when we celebrate Emancipation, I believe this song, and others in that genre, can help to raise our self-esteem as self-respecting people who believe in our own dignity. We must have high expectations of ourselves. We must be so confident in ourselves that we must expect to be treated with respect and not disdain.

After one hundred and seventy-eight years of freedom from slavery, why do beautiful young ladies, apparently intelligent, accept abuse (verbal and physical) from dunce attention-seeking men who wear their pants under their buttocks, exposing their under-wears (and walking like lizards jumping on their tails)? Why do people not feel that earning their own incomes, even if small, is the route to true independence and emancipation and is superior to being on the welfare line or queue, especially when they are able-bodied and able-minded? Why do apparently educated people, who know better and are literate (we assume), accept rubbish from others who are sometimes younger than they are and do not have the mental capacity that they do? Why do Christian leaders who should know better, selectively and opportunistically accept and condone immoral deeds from those who can provide them with financial benefits and other gifts? And why, after one hundred and seventy-eight years of freedom from slavery, some people would like to send others to the gas chamber for simply posing what I consider to be legitimate questions like these? I cannot speak for others but I will certainly say on my own behalf that I will not shy away from my civic duties. Jimmy Cliff's song provides the clue:

I've got to be free.

I want it right here on Earth