Unions and Government near end of salary negotiations 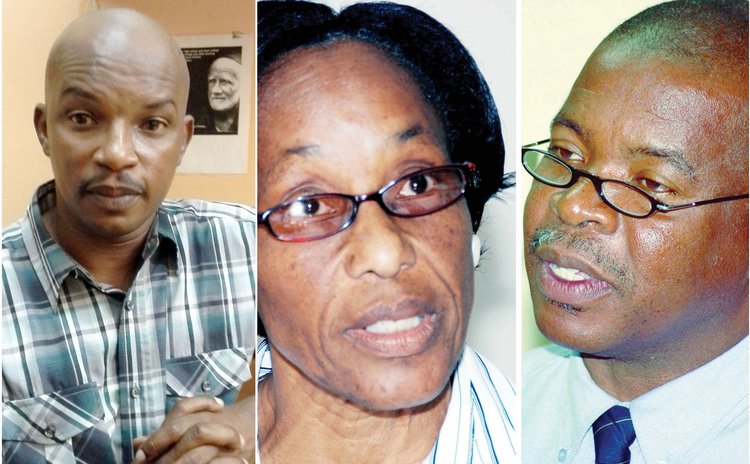 We'll take it, says trade unions representing government employees, but the tax man must not take a bite, not even a little bit.

That's appears to be the only issue holding up the completion of salary negotiations between the Dominica Association of Teachers (DAT), the Police Welfare Association (PWA) and the Dominica Public Service Union and the government of Dominica.

As one item in a package, government has offered all three parties a one- off payment equivalent to two months' salary which is to be taxed.

Juanita Carbon, the Public Relations Officer (PRO) of the DAT said "negotiations are ongoing…can't give you information till it is completed. We are now awaiting a call on the government team; until then there is nothing else I can say except that we have not yet concluded negotiations."

Thomas Letang, the DPSU general secretary was much more specific; he said the issue holding up the conclusion of negotiations is the tax on the proposed one- off payment.

"We had serious disagreement there because we felt that something could be done. So we wrote to the government, expressing our concerns and disappointment and even quoted the law that is the Income Tax Act where that could be tax exempt. We made a case," he said. "While the union has not been officially written to, saying that the government has agreed with us, my understanding is that it has been favourably considered.

"The only thing that we have to settle on right now has to do with the contribution of the premium that is being paid by members who are part of our group medical insurance. As you are aware, we were asking the government to make a 50% contribution. We were very optimistic that this would have been considered since government so indicated. But they have since indicated to us that anything that is of a recurrent nature, they would prefer not to go there. So what we are looking at, is a one-time contribution towards that."

Letang said government is offering members of the DPSU the following:

-Year two, instead of a salary increase, a one-off payment of two months salary

-Year three, a three percent salary increase in addition to other benefits.

Government is offering the PWA a similar package in addition to a grant of $250,000 which will go towards the restoring of the police canteen to profitable operations.

Like Letang of the DPSU, Jefferson Drigo, the PWA chairman told the SUN that while the PWA is satisfied with the two month's salary for the 2016/2017 period it must not be taxed.

"It has to be tax free; if it is not then we will not be accepting it…they are playing games with us and trying to make it hard for police officers," he said.