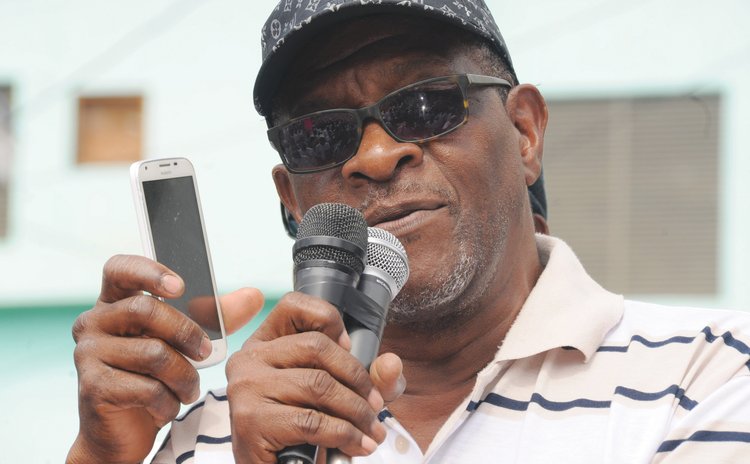 In December 2004 two operatives of the United Workers Party (UWP) met at Helmhaus Hotel in Zurich, Switzerland with a number of high net worth individuals.

Faced with the prospects of coming up against a huge Dominica Labour Party (DLP) war chest, the operatives had travelled to the Swiss capital to seek financing for their party's 2005 election campaign, according to information reaching The Sun.

In exchange for contributions of between US$150,000 and US$300,000 these individuals were promised diplomatic passports, according to one person familiar the meetings.

Of the "procession of people" who they met, six agreed to donate to the campaign, including American Howell Way Woltz, who would later plead guilty to tax conspiracy and money laundering conspiracy charges and would spend 87 months in a US federal prison.

The monies were sent via wire transfer to the account of a local businessman with close links with the UWP, and between 5 January and 26 April 2005, 13 transactions ranging from $50,000 to $500,000, and totalling $3.5 million, were made from this account to four business accounts of UWP functionaries, one of whom have since died, a source told The Sun.

The UWP did not win the election, so no diplomatic passports were issued.

In light of the current developments over the issuance by the Roosevelt Skerrit administration of diplomatic passports to people of unsavoury character, and the UWP's condemnation of the practice, one person told The Sun there was more than a touch of hypocrisy on the part of the opposition.

"This is tremendous hypocrisy that the United Workers Party would come as if their hands are clean when they have themselves have peddled diplomatic passports . . . to fund their campaign. I have seen a lot of smoke with this administration – and where there is smoke there usually is fire – but I have seen the fire with UWP. I don't think this government has clean hands, but . . . you start to wonder now, [whether] it's not just the government, but the opposition as well, with no campaign finance laws, they cut deals and enrich themselves," one source who spoke on condition of anonymity told The Sun.

Former prime minister Edison James was at the helm of the UWP during the 2005 election campaign. Asked about the revelation that operatives of his party had promised diplomatic passports in return for campaign donations, James described the leaking of this information to The Sun as another attempt by Skerrit and his DLP at smokes and mirrors.

"I have no intention of assisting Mr. Skerrit in diverting attention or changing the narrative from the real issue facing him at this time," he said in a clear reference to the pressure the administration is facing over the latest scandal surrounding then Iranian fugitive Ali Reza Ziba Halat Monfared.

"What I think Mr. Skerrit should be doing is answer the burning questions of the people of Dominica. He needs to answer what he was doing in Greece" and what benefits were accrued from the likes of Monfared, former Nigerian oil minister Diezani Alison-Madueke and NG Lap Seng.

Skerrit also needs to tell Dominicans when he will provide the due diligence reports so the integrity of the banks can be safeguarded, the former UWP leader said.

On the specific issue of funding for the 2005 campaign, James said the UWP administration "has never and would never have appointed anyone who had a criminal record" or was under criminal investigation as has been the case with the current DLP administration, "because thorough due diligence would have been carried out". Nor, he said, would his party ever "take money related with criminal activity".

However, in the absence of campaign finance laws, the party would not discuss how it raised funds, a position supported by one leading politician who told the Sun that "one side cannot be called upon to

The issue of campaign finance laws has taken even more importance in light of the latest developments, particularly following speculation by DLP critics that the ruling party spent tens of millions of dollars on its last campaign.

"A lot of people would approach government and say, 'I have a good client who could be a good diplomat so they don't mind spending a little [money], and their little is a lot to us," one person familiar with both parties said.

"I'm not sure that legally you can say these guys engage in wrongdoing. There is no law that says you can't do that; there are no campaign finance laws. So no laws were broken in any of the cases. So if Dominicans are outraged about this the public should demand campaign finance laws. . . Once you get money into the campaign it has a corrupting influence."

According to this person, who spoke on condition of anonymity because of his standing, Dominica would do well to take a leaf from Antigua's book and begin to make some systemic changes to the passport programme.