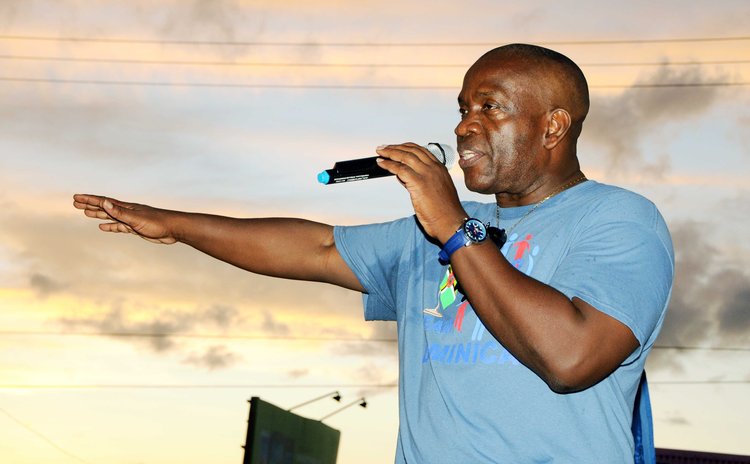 The message was loud and clear.

They said "enough is enough…we want this government to resign… it's time for action… we will shut down the country."

At a public meeting in Lagoon, Roseau on Thursday night a seemingly reenergised opposition United Workers Party (UWP) threatened to shut down the country if the Roosevelt Skerrit-led government does not resign over scandals related to holders of Dominica's diplomatic passports.

The latest issue surrounds the recent arrest of Alireza Zibahalat Monfared, a former Dominican diplomat who has obtained both a diplomatic passport and another under the controversial Citizens By Investment Programme (CBI.)

An Iranian by birth, Monfared was accused of embezzling billions of dollars while Iran evaded international oil sanctions; he has been arrested after a lengthy international manhunt.

Alireza Zibahalat Monfared, 43, was arrested by Interpol and handed over to Iran on January 15, 2017. At the meeting, UWP Senator Felix Thomas said he makes "no apologies and it is time for action and shut down the country."

Daniel "Danny" Lugay, Member of Parliament for the Roseau North constituency, called on people to "take pots and pans in hands and march to Parliament."

"The time is now….we have had enough and we want action," he said.

Via the Internet, Dominican-born Washington-based lawyer Gabriel Christian and Dr. Dale Dangleben also called for "demonstrations in the streets of Roseau and the resignation of the Skerrit-led government."

UWP senator Dr. Thomson Fontaine said via Skype that it was "time to rise up and step up to the plate…I am ready to protest alone. Time to take action. We want our country back; we are ready to shut down the country."

Opposition leader Lennox Linton said in 2017 it will not be business as usual.

"This is the year in which we will reclaim our government and we and only we will determine what will happen in Dominica in the future of governance. If you don't want to continue with it, then we will get rid of it. The time for action to reclaim our country is now; stay tuned for announcements, for advisories as to what will happen next. We need you in numbers for protest action," he said.

He labelled the Skerrit-led government as "a rouge government."

"We want an immediate end to under-the-table sale of Dominican passports and the assignments of diplomatic immunity to crooks and criminals around the world and a commission of inquiry, we are not negotiating that," he said.

He warned the people that because of corruption, government will not go easily, so be ready.