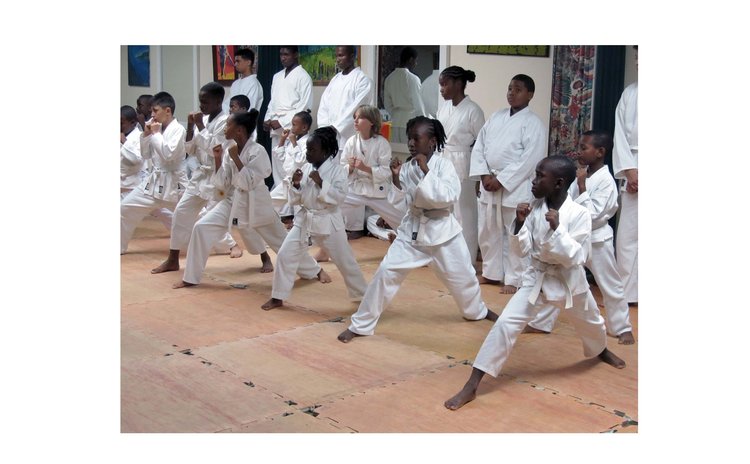 More than 60 members of Universal Martial Arts Academy which now practises the Robin Ryu System held its first grading ceremony under Sensei Shana Robin before an appreciative gathering of parents, family members, friends, well-wishers and the media at the Garraway Hotel on Saturday October 16, 2015.

Sensei Robin established the Universal Martial Arts (UMA) about four months ago is a mix of different martial art forms. He initially prepared young athletes under the Purple Dragon School of Martial Arts.

Robin, 34, began his martial arts career 23 years ago when he set himself the task of creating something unique to not just Dominica but the world as done by masters as far back as the 19th century.

The discipline of martial arts transformed Robin into a different person.

In a half-hour address to his charges and their parents in particular Robin stressed the need for discipline, the rewards of which transformed into classroom work and outstanding achievements. He also emphasised the importance of trainees having a dream, a dream which was unique to each individual and which had nothing to do with him or parents or anyone. It was their dream, and they should let no one deflect them from striving towards it.

All 60 students ranging from four year old Akira to Sensei Robin himself started off as white belts, all previous belts from yellow and pink to black belt earned under the Purple Dragon System had to be rescinded.

The discipline and recitations continuously demonstrated by the students was captivating. And from the young children present the future of Universal Martial Arts Academy in the foreseeable looked good.