University of London celebrates The UWI 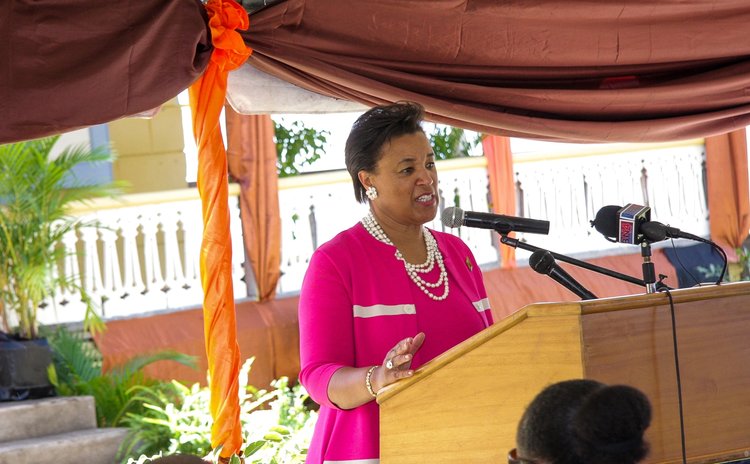 The UWI Regional Headquarters Jamaica. November 30, 2018—It was a dazzling, memorable event in the Winston Churchill Room of the University of London's William Goodenough College. Hosted last Wednesday, November 28, by Professor Peter Kopelman, Vice-Chancellor of the University of London, in association with The Rt. Hon. Baroness Patricia Scotland, Secretary General of the Commonwealth, the historic reception brought together the leadership of the two institutions after 70 years, to reflect upon and celebrate their common legacy.

Vice-Chancellor of The University of the West Indies (The UWI), Professor Sir Hilary Beckles, approached Vice-Chancellor Kopelman to facilitate the commemoration of The UWI's 70th anniversary in London as the penultimate event in a celebratory year of introspection and strategic planning. The instantaneous, positive response, was indicative of the high esteem in which The UWI is held globally.

Speaking to the gathering of just over 100 specially invited guests, Vice-Chancellor Kopelman expressed the University of London's pride in its umbilical link with The UWI. Recalling The UWI's beginning in 1948 as a college of the University of London, and specifically as a medical faculty—his own academic discipline, he spoke proudly of The UWI's legendary achievements in the areas of public health and community medicine.

"I am honoured," he said, "to host this gathering as a proud representative of The UWI-London legacy."

Vice-Chancellor Beckles commended Kopelman and his senior colleagues who were also in attendance, for their steadfast loyalty to the enterprise that is The UWI, and declared his commitment to fostering even greater "family intimacy". "The provision of better quality service to the people of the Caribbean in the future will require even greater intensity of global partnerships and collaborations, and the University of London is as domestic an ally as can be imagined," he said.

Baroness Scotland, an honorary graduate of The UWI, in turn, spoke of her intense pleasure in reading of The UWI's ranking amongst the top five percent of the best global universities. She commended Vice-Chancellor Beckles for his visionary and passionate leadership of the Caribbean region's leading university. The Commonwealth, she stressed, "looks forward to the continued committed support of The UWI, especially in the area of climate smart studies and policies where the university has already demonstrated its expertise."

The evening was declared a great success by Baroness Floella Benjamin, newly appointed Patron of the British Foundation for The UWI. In an inspiring speech she spoke of her journey to the UK, like Vice-Chancellor Beckles, as a child of the Windrush. In the presence of many UK Chancellors and Vice-Chancellors, she called upon The UWI "to become even more active in the UK, developing strategic partnerships with UK universities."

She concluded that The UWI had come of age, was globally respected and matured in its excellence. "The time has come," she resolved, "for it to be more active in the upward transformation of the lives of West Indian people everywhere, and to facilitate the efforts of those who are their friends and supporters."