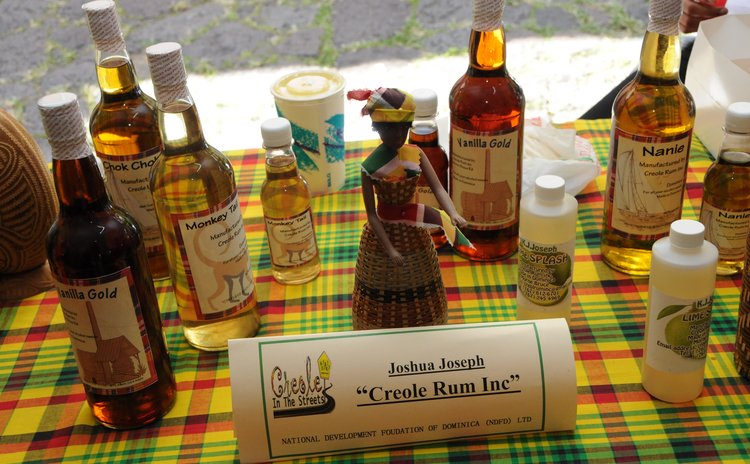 Dominica's manufacturing sector has many untapped opportunities for local entrepreneurs to play a key role in the enlistment of the island's economy.

But to take full advantage of these opportunities, current and prospective manufacturers in Dominica have to overcome some serious challenges.

President of the Dominica Manufacturing Association (DMA), Severin McKenzie shared useful insights about the status and challenges of the local manufacturing sector.

According to the DMA head, two of the biggest challenges facing local manufacturers are getting the raw materials and support services to make manufacturing worthwhile.

McKenzie said there is a dire need for large scale farming as small farmers cannot supply sufficient raw materials to satisfy the needs of the existing cottage industry entrepreneurs, much less new ones.

"It would have been good if there was a system in place to have some type of contract farming where the farmers would know that they are producing for the manufacturer, but this isn't the case."

"A number of manufacturers end up in situations where they are processing a product, but they literally have to compete with the farmers vending at the Roseau Market," McKenzie pointed out.

Since small farms do not get the economies of scale that larger enterprises achieve, they charge local manufacturers higher prices, which ultimately sends up the prices of finished products, he said.

In conversion manufacturing also, McKenzie said the unavailability of support services increases production costs and in turn the cost of their finished products.

McKenzie contended, "If you have two manufacturers: one in St Lucia; one in Dominica. The one in St Lucia has access to a glue factory, packaging plant . . . inputs can be sourced from St Lucia.

"If you are trying to produce the same thing in Dominica, you have to import all the stuff from St Lucia or Barbados . . . Immediately, you are at a disadvantage," he said.

This is compounded by a small technical skills-pool for manufacturing, as well as a generally low capacity to put energy-efficient production processes in place, McKenzie added.

However, he believes "competitive equilibrium" can be achieved in conversion manufacturing if manufacturers can get their materials from the same source, thereby reducing the associated costs.

He said manufacturers can cut production costs by making their operations less labour-intensive and by investing in high-output equipment to ensure consistent availability of their products.

McKenzie also argued that Dominican manufacturers need to do much more to build consumer confidence and dispel the notion that foreign goods are better.

He disclosed that DMA, DEXIA and the Dominica Bureau of Standards are working to set up a production site for cottage industries, rotating use of the site among them at agreed times.

He argued that nurturing the manufacturing sector is critical to reducing the untenable annual trade imbalance of $598.3M and exports only about $80M in 2015.

And McKenzie is adamant that the only way to change that is to encourage local manufacturing so the people of the island produce more of what they consume.

As it stands now, McKenzie said, local manufacturers either incur high prices and inadequate supplies of local raw materials, or the high cost of imported inputs plus duty, port charges and VAT.

They also have to decide between bringing in semi-manufactured products and adding value to them, or manufacturing products from start to finish, despite the issue of sourcing raw materials.

Despite the challenges, McKenzie said the manufacturing sector has potential for job creation and presently employs more than 1000 people, directly or indirectly, in spite of the closure of Colgate Palmolive.