Newsmaker of the week: Thomas Letang 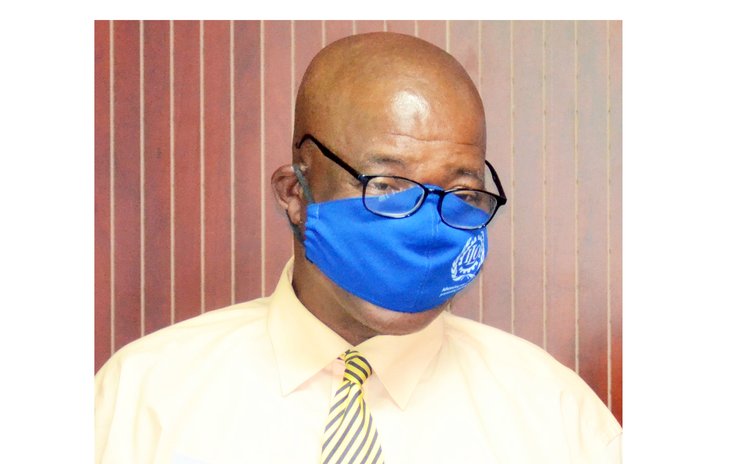 If there's one message that Thomas Letang, the General Secretary of the Dominica Public Service Union (DPSU) could pin on the foreheads of unvaccinated healthcare workers and hopes it sticks, is to stop listening to the "overnight experts" and start focusing on the science that says vaccines works.

A recent study has revealed that only 38% of the staffers at the Dominica China Friendship Hospital (DCFH) have taken the jab.

At the launch of a vaccination campaign targeting unvaccinated healthcare workers, Letang said the DPSU, like many other unions throughout the Caribbean, does not advocate mandatory vaccination; however, the union fully supports and will do anything to promote the vaccination campaign.

Letang, the leader of Dominica's largest union, said while employers are obligated by law to ensure that the working environment is safe, it is also the responsibility of the employees to keep their workspace safe.

"Sometimes we do not always look at that point. So if you read the law it will tell you that the employer is supposed to make the place safe, but in the same way, it also speaks about the employee's responsibility, but very often, we put pressure on the employer and we do not take responsibility ourselves," Letang said.

He further added that the advent of COVID-19 is creating an opportunity for employees, especially healthcare workers, to do so, and one of the ways that they can accomplish this is by taking the vaccine.

"You should not have somebody with a gun over your head, you should be able to take that decision, and to tell yourself that you're going to be vaccinated," he said.

The general secretary of the DPSU is also of the view that an unvaccinated healthcare worker is making "a mockery" of the effort to get "little Tom and Jack and Mary" to get vaccinated when they themselves are not.

"So whatever is the reason why some health workers, some health providers are not vaccinated, I believe you should rethink that. Because the advice that you are getting for the vaccination, it's coming from people like yourself, experts. And as a professional person, you cannot, in this campaign, side with the man on the street, who doesn't know anything about vaccination," Letang advised.

"Too often some of our people become experts overnight without having attended university, or any learning institution where those things are taught. But everybody is an expert. And they will tell you that the vaccine will do this, will do that, and so on," he added.

He went on to question the "sense" in public officers who are protecting others while at the same time not protecting themselves.

He pressed healthcare workers to put aside everything which is preventing them from doing so, whether it's religion or politics, and do what is best in the interest of not only themselves but their colleagues and the patients they attend to.

"Because at the end of the day, if most of our healthcare people fall sick, how are you going to provide that service to those who will be in need. We don't want you to be patients, we want you to be health care workers administering service to patients, to people who are sick, and you have a responsibility to ensure that the number is significantly reduced" Letang said.