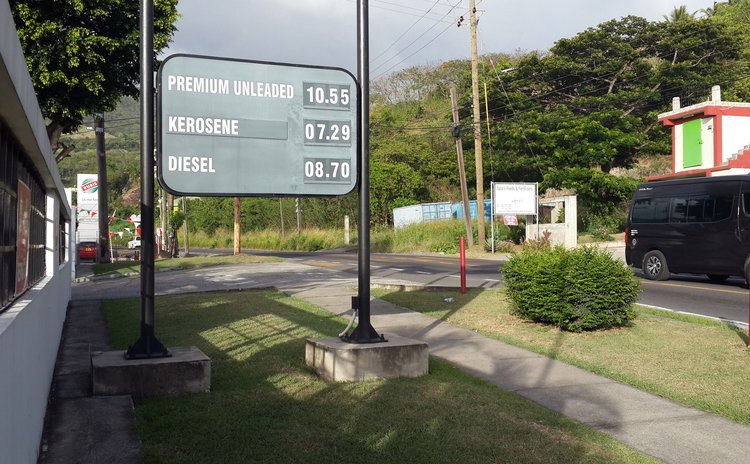 Sign showing latest changes in prices of gas, kerosene and diesel at the NP filling station in Canefield

Vehicle owners will have to dig deeper into their pockets to buy gas during the next four weeks because prices at the pump jumped by almost 50 cents today.

This is the second month in a row that prices of petroleum products have moved upwards.

Iran's Deputy Oil Minister Rokneddin Javadi said that the country's crude exports would reach 2.2 million barrels per day (bpd) by the middle of summer from 2 million bpd now, according to media reports Monday.

His comments dampened hopes for a coordinated decision to freeze OPEC (Organization of the Petroleum Exporting Countries) oil production at a meeting of the exporter group in Vienna, Austria, on June 2.