Up it goes again 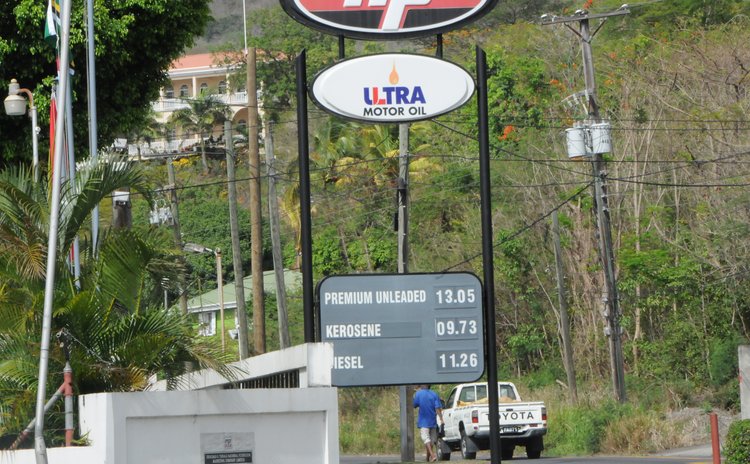 Petrol prices on display outside gas station at Canefield

Dominican drivers now have to pay an additional 98 cents per gallon at the pump. Yesterday prices jumped from $12.11 to $13.05 per gallon.

Gas prices had been rising and falling in Dominica throughout the year but this is the first time in 2015 that prices have gone beyond the $13.00 per gallon mark.

Today reporters who attended a press conference at Government Headquarters asked Prime Minister Roosevelt Skerrit whether Government would consider subsidizing the price of petrol. Out of the question, he responded.

"The truth be told that the lower the prices the better for the Government," Skerrit said.

He said there is a fixed tax of $3.00 per gallon of gas and that tax remains unchanged when prices rise of falls.

"When Government subsidizes something it means that Government has to take money from the Treasury to pay for it," Skerrit said. "We are not an oil producing country, we import it."