Upcoming carnival events is a "slap to our face' say churches 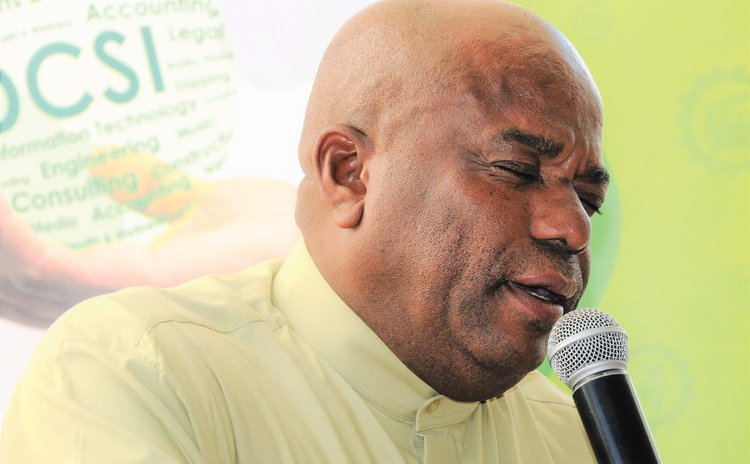 In a southeast community, Pastor L. Joseph has found himself preaching to an empty church as his congregation tunes in virtually.

Three years into the pandemic he and many other church leaders say they have had to adjust to keep members safe, especially due to spikes in cases. Therefore, it's no surprise that Joseph and many other religious heads are decrying the government's decision to host the special entertainment carnival events which officially get underway next week.

"This decision is a poor one, at the end of the day, after this activity we can only predict the worst, and that's then we're going to run to the churches and ask that we pray for our nation or worst that's when we're going to shut down everything including the churches, which is purely ludicrous," the "highly" annoyed veteran pastor stated to the Sun.

Similar sentiments have also been expressed by President of the Dominica Association of Evangelical Church (DAEC) Pastor Randy Rodney who says the churches are hitting a sour note when it comes to COVID restrictions.

With Dominican touted as a Christian nation, the DAEC leaders lamented the fact that places of worship have been given several restrictions and decreased to only 250 people- depending on the size of the church- however, many of the upcoming events will accommodate up to 500 patrons.

"The protocols for churches remain as is, it has been unchanged since November. And at this juncture, to open up areas for that number of people, and you have no arrangements, I'm sure for social distancing within that gathering, whereas in the church, you are asked to demarcate seats and people can't move around and congregate, not before or after church - to have those events really and truly is a slap in the face of people who say they are Christian," he said. "And it is really saying something totally alter what we have claimed to be as a Christian nation and from an evangelicalism standpoint, we believe that really and truly that should have been reconsidered, to have that number of people in the spaces that are talking about to do special entertainment," Pastor Rodney added.

The association holds the view that these activities should be canceled, but if Government pushes through with its decision to host those activities, due to what they determine is proper management of the COVID-19 pandemic, then changes should be done across the board.

"The policymakers must really take into serious consideration the information that has been bombarded with, that we have to take into consideration the science. so we are saying now put the science to work. If it is not going to work for one set then it shouldn't be working for another set. If it's working for one set then it must be working for everybody. If you think that the science that you put forward is false and you can go ahead and do these events with absolutely no thought or care for people then implement it across the board," the religious leader argued.

Rodney is calling on individuals to take precautions to safeguard their own lives and to use the recently held carnival bubble which was held in St Kitts -which later saw a significant spike in cases, as an example to not attend these events.

"I don't know why we are so callous and I am really hoping that individuals will now begin to think of themselves. Take cautions for themselves and really begin to forget the party and the whining and the dance and for now and take precaution for themselves," he stressed.

The government of Dominica has given the green light or the staging of over ten carnival events which will occur from February 20 to March 1. These events officials have said will be open only to fully vaccinated patrons and will be held at two approved venues, the Windsor Park Sports Stadium will be designated as the main event venue and will accommodate a maximum of 500 patrons and the Old Mill Cultural Centre which has been approved for virtual events and cater for up to 200 patrons.