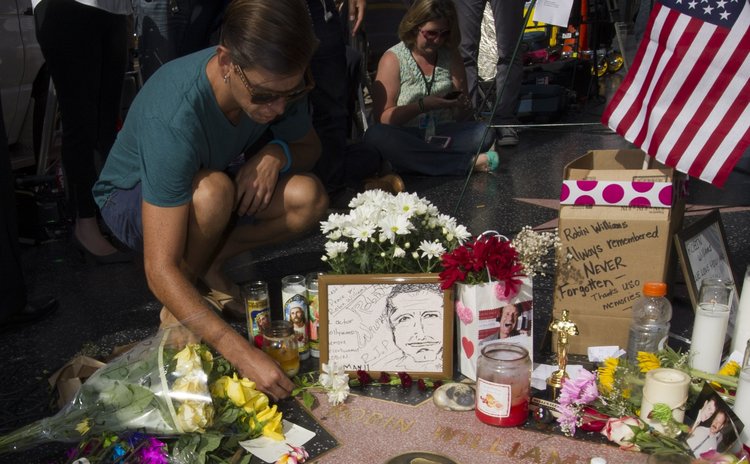 His media representative Mara Buxbaum told reporters that the 63-year-old famous actor "has been battling severe depression of late."

Williams died in his home at Marin County. The Marin County coroner's office pronounced his death "to be a suicide due to asphyxia." The office also said that a comprehensive investigation will be completed before a final determination is made.

"He made us laugh. He made us cry. He gave his immeasurable talent freely and generously to those who needed it most -- from our troops stationed abroad to the marginalized on our own streets," said Obama.

A Chicago native, Williams studied theater at Julliard before being a stand-up comedian, which led to his casting as the offbeat alien Mork from Ork on a 1974 episode of "Happy Days." The character was so popular that it led to the spinoff "Mork & Mindy," which co-stars Pam Dawber.

His film career earned him four Oscar nominations, including a win for his supporting role opposite Matt Damon and Ben Affleck in "Good Will Hunting." He was nominated as lead actor for his roles in "Good Morning, Vietnam," "Dead Poets Society" and "The Fisher King."

Williams most recently starred in the CBS series "The Crazy Ones." Williams' other films included "Patch Adams," "The Birdcage," "Mrs. Doubtfire," "Jumanji," "Hook," "Toys" and "Awakenings."