U.S. military must get ready to deal with "challenges": Hagel 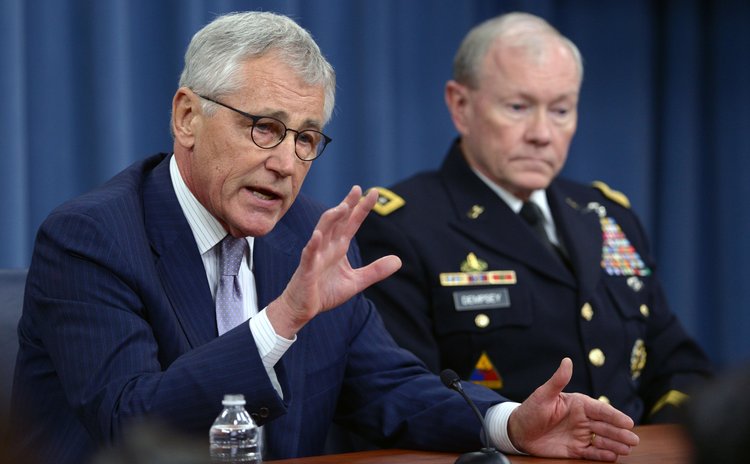 HOUSTON, Jan. 15 (Xinhua) -- U.S. Defense Secretary Chunk Hagel urged the country's military to prepare for "challenges" that could pose a threat to the U.S. national security on Thursday.

In an address at the U.S. Army Sergeants Major Academy in Fort Bliss, western Texas, Hagel mentioned threats such as Russia's efforts to regain the Crimea Peninsula, the emergence of the Islamic State of the Iraq, Ebola's spread in West Africa and "other challenges" to the country's national security, according to reports from the website of the Department of Defense.

He described the threats as unprecedented in modern times, saying that it was a trend that would continue to place demands on military leaders.

Stressing the importance of U.S. responsibility to deal with such threats, Hagel said that the U.S. would have "very little margin of error".

"The world will be presented more and more with those kinds of issues where responsible leadership will always end up having to rely on responsible judgment," he said, adding that not every problem will come with immediate answers.

He also warned that "we are living at a very defining time in the world, and we have not seen disruptions in the world order like we are seeing today since World War II."

"These next few years will define a world order," full of ups and downs and inconsistencies, he noted.

"That means we have to prepare this institution in ways we've never had to prepare it and much of that will fall on you in your command positions," Hagel said. He emphasized that he believes qualities such as responsibility and good judgment will continue to be the key requirements for leadership in the Defense Department in the future.

Hagel became the country's 24th Secretary of Defense on Feb. 27, 2013, but he will be replaced by Ashton Carter who is waiting for confirmation by the Senate.

Fort Bliss, where Hagel completed his basic training in 1967, is a United States Army post in the U.S. states of New Mexico and Texas, with its headquarters located in El Paso, a city in western Texas.