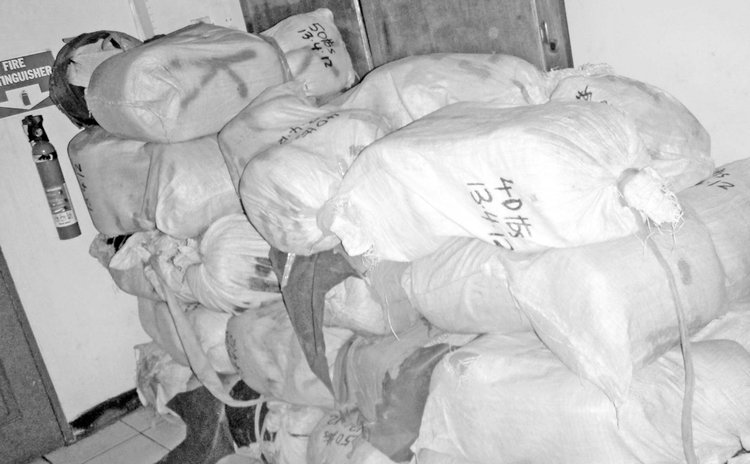 A report by the United States state department has painted a damning picture of the financial services sector here, saying it acts as a conduit for the washing of dirty money by international drug traffickers.

The state department has listed Dominica among over 90 major money laundering countries, putting in the company of states such as Afghanistan, Columbia, Russia and the US itself, "whose financial institutions engage in currency transactions involving significant amounts of proceeds from international narcotics trafficking".

"Money laundering cases involve external proceeds from fraudulent investment schemes, advance fee fraud schemes, and the placement of euros related to questionable activities conducted in other surrounding jurisdictions," the report, which states the list is not a blacklist, says about Dominica.

It describes Dominica as an offshore centre with a considerable international business centre (IBC) presence and internet gaming, and which is used as "a transshipment point for narcotics and other criminal activities" due to its geographic location between the French departments of Guadeloupe and Martinique.

"For the past few years, money laundering cases involved fraudulent investment schemes, advance fee fraud schemes, credit card fraud schemes, and the placement of euros from criminal activities into the financial system from the neighbouring French territories of Marie Galante, Les Saintes, Guadeloupe, and Martinique," it says. According to the report, there are one internet gaming company, 12 offshore banks, and close to 19,000 IBCs here.

However, the state department says it is not clear "whether Dominica has the ability to maintain statistics on matters relevant to the effectiveness and efficiency" of its anti-money laundering regime, and adds that government "has not commenced the process of monitoring agents licenced to incorporate IBCs".

On the enforcement front, the report states Dominica seized over US$790,000 in 2016 and obtained the final forfeiture order in March 2017. The assets were placed in the Confiscated Assets Fund, it says.

"US law enforcement is increasingly concerned about the expansion of these programmes due to the visa free travel and ability to open bank accounts accorded these individuals," it states in the 215-page report which, unlike last year, does not include concerns that "Dominica's CIP has vulnerabilities that present AML and regional security risks and that may make it susceptible to abuse by criminal actors".

The US also raises concerns about corruption in the context of drug trafficking and money laundering, grouping Dominica with the remaining independent countries of the Eastern Caribbean on this subject.

It says it is the policy the region's governments not to encourage or facilitate the illicit production or distribution of narcotic or psychotropic drugs or other controlled substances, or the laundering of proceeds from illegal drug transactions.

It says while no senior government officials in the Eastern Caribbean were prosecuted for engaging in, or facilitating, the illicit production or distribution of controlled drugs or laundering of proceeds from illegal drug transactions, "nonetheless, many observers believe that drug trafficking organizations sometimes elude law enforcement through bribery, influence, or coercion".

Government is yet to comment on the report, which first came to light last week.