Utilities in Our Basketball

JUMP BALL No. 87: By Arlington James 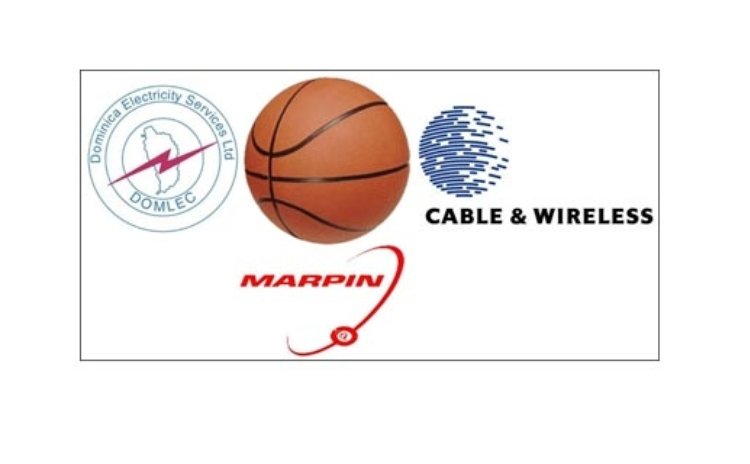 It's month's end and it's time for paying the bills to the utility companies for cable television, electricity, telephone & internet, and/or water. Of course, we don't need to be reminded of the lyrics of the three calypsos about the services provided by these utility companies that were performed some time ago.

But some of those same companies have supported our basketball at the national level, from sponsoring of teams to the sponsorship of the league. And, as is well-known, sponsorship is important for team longevity, e.g. Dominica Coconut Products & Cardinals; By-Trinee and Antilles-Cement & Flames; Heineken & Pros I, among many such partnerships.

Let us now peek at how those companies individually extended their generosity and corporate responsibility to the sport of basketball here.

MARPIN TV Co.: First in was MARPIN TV, and they sponsored three (3) teams in the DABA League. The first recipient of that cable television company's assistance - for one year - was Blue Jays from Fond Colé when they played in the Intermediate Division (Division II) in 1986. They played as MARPIN TV Blue Jays and that year placed 7th from 15 teams with an 8-6 Win-Loss Record, having scored 815 points and conceded 778.

The company subsequently provided sponsorship for two new teams from Fond Colé over four more seasons. We next saw MARPIN TV Woodbridge on the court in Division II (Intermediates), and the company first sponsored them in 1987. Four years later (1991) the company-sponsored Woodbridge in Division II as well as a junior Woodbridge team, in Division III. Their assistance to Woodbridge II continued in 1992 and again in 2000, in the 2nd Level Men's Division.

CABLE & WIRELESS/LIME/FLOW: Next in chronological order was Cable & Wireless which was later renamed LIME (Landline, Internet, Mobile & Entertainment), then more recently FLOW. To date the company has sponsored one team in the national league, Cable & Wireless Magic Touch which competed in Division II for six (6) consecutive seasons, i.e. 1989 through 1994.

Apart from sponsoring a team in DABA's national league, the company in the 2000s assisted basketball at the national level through sponsorship of the League which was then known as the DABA LIME, then FLOW, NATIONAL BASKETBALL LEAGUE. This partnership was interrupted in 2017 when Hurricane Maria left that year's basketball season incomplete.

Burning nets for Shockers in DABA basketball were players like Ronald Caines, George Dangler, Collin Lestrade, Phillip Martin, David Mathew, Sinclair Roberts, and Emanuel Walsh, among others. It should be noted that Shockers' opponents in DABA matches would sometimes joke and tease that it was Shockers who were the ones getting shocked, and not them!

Come 2007, DOMLEC extended its sponsorship to another team, this one from the South-Eastern district when La Plaine DOMLEC Shockers competed in the national league. And more recently, DOMLEC was one of the teams which participated in the post-Hurricane Maria DABA Business League in 2018.

DOMLEC has also sponsored the Premier Division of the DABA national league on a few occasions, e.g. in 2013.

REMARKS: Our utility companies have been playing their part individually in the development of the sport of basketball in Dominica. Jump Ball says a big THANK YOU to these companies and looks forward to the resumption or continuation of the partnerships between the teams, the Association, and the companies.