UWI blocks out Dominican students for non-payment of Economic Costs 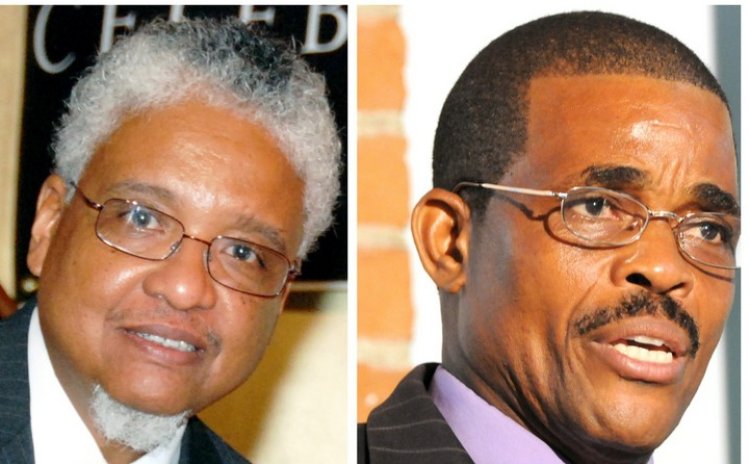 Dominican students at the University of the West Indies (UWI) Barbados are worried that the Government of Dominica is yet to pay economic fees due to the UWI on their behalf and this is having a negative impact on the students' studies.

During the first week in October about 11 Dominican students had an overdue economic fee balance and therefore all access to UWI online student information was blocked.

"Several calls were made to Emmanuel Nanton and the Ministry of Education who kept saying that they were looking into it," a source familiar with the matter stated.

According to the source, one student reported spending over BBD$60 in phone calls to the Ministry.

Because the fees were unpaid, students are unable to access lecture notes and emails since sometimes lecturers post notes that were not discussed in class.

One student has even claimed that "he could not ride the UWI bus for the entire semester and had to resort to either walking to school or taking a public bus which added an extra financial strain on him".

"Exams begin in the first week of December. It is urgent that the accounts be reopened so students can access their notes online. Some have not received exam cards as yet. No exam card equals not allowed to do exams," our source stated.

A UWI Dominican student who spoke to the SUN anonymously, on behalf of the rest of the affected group said: "We would like to say thank you to the government for assisting us for a number of years gone by. We really did not want this situation to escalate hence the reason why we are only now speaking out. The situation is becoming out of hand. We are at university because we want to better ourselves and our country. We were told by the principal that the Dominican students perform very well at UWI. It will be sad to know that some of us may not be able to complete our degree or take a longer time to complete our degree because of this situation."

"This matter is really serious and it is very sad that the Government speaks about being there for the youth and seeing them progress educationally and to give them this kind of treatment...this is not a favour they are giving the students, this is their commitment to UWI as a contributing country," our source stated.

Also, according to the source, "most of these students have loans which they have used up to pay their school fees for this semester, pay for accommodation and food for a whole semester but because of Government's non-payment of commitment fees they are not allowed to do exams and access notes which could mean a waste of a whole semester and a waste of money they don't have at their disposal."

The Sun made several calls to Education Minister Petter St. Jean's mobile phone but they were not answered and we were later told that he was out of State.

Acting Chief Education Officer Merlina Fontaine refereed us to Permanent Secretary Marcella Powell. However, all efforts to reach her, including leaving messages with her secretary, were futile.

Given the current financial crunch that Caribbean governments are currently experiencing, many have begun reviewing their commitment to UWI and to their students. In August 2013 the Barbados government announced that it will no longer pay the tuition fees for Bajan students at UWI but it will continue to pay economic costs.

Countries like Dominica pay economic costs which were defined by the UGC Task Force Report as "the full complement of resources required for operating and maintaining the University, whilst ensuring its continued viability and highest quality of output." Economic cost, according to the UWI Office of Finance, includes all costs which will be incurred in operating and maintaining the University inclusive of depreciation, cost of pension supplementation and cost of debt service.