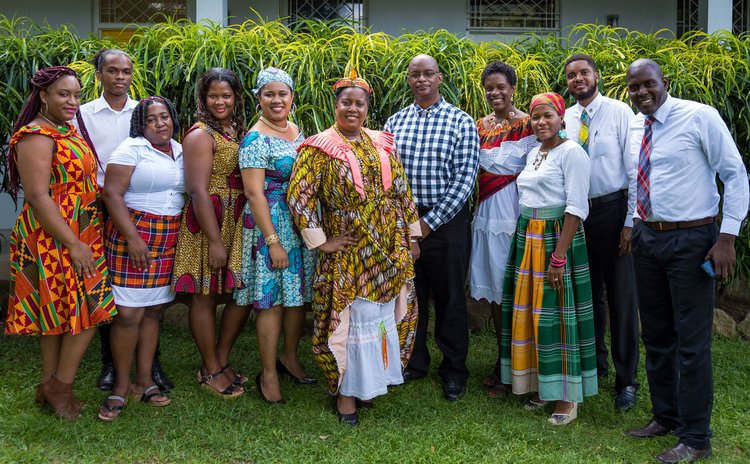 The University of the West Indies (UWI) Open Campus Appointments Committee and the Campus Awards Committee have awarded UWI Open Campus Dominica the Principal's Award for Excellence, Best Performing Department 2016. This award was granted for the Site's demonstration of a consistently high level of efficiency, effectiveness of operations and excellent service to all stakeholders over a three-year period.

During that period, Dominica's site has seen an increase in enrolment in both online and face-to-face programmes, has improved its staff and student engagement initiatives, has excelled in its community outreach efforts in Dominica and has enjoyed significant linkages with other organizations in the Caribbean and across the world.

Officer-In-Charge of the UWI Open Campus Dominica Site, Ms. Kimone Joseph said that the award has come as a team effort.

"We at the UWI Open Campus Dominica Site are simply delighted with the news of this honour," said Joseph. "It has come from a lot of hard work from all team members because the members of staff honestly give 100% every day. That kind of commitment and belief in the potential of the Site come from the heart. It cannot be bought in a store."

Joseph said the Award must be dedicated to Dominicans, both at home and abroad, who have shown unwavering support to the Site over the last three years.

"Even with the close-knit and strong team that we have working on Elmshall Road, the Award would not have come if we did not have our people behind us. So, this Award is dedicated to Dominicans" she said. "It is for our online students, who even with families and commitments, excel in their studies. It is for everyone who has ever taken a short course or come to a public lecture or film. It is for everyone who has ever called or emailed to say 'I listened to your programme on the radio or television. Good job.' We could not do what we have been able to do these past three years without the overwhelming support that the Site has received, and for that we must give thanks."

UWI Open Campus Dominica is one of 44 site locations in the English-speaking Caribbean. The Principal's Awards for Excellence recognise and reward staff in the academic, administrative, professional, technical and service categories as well as departments who have performed excellently in their jobs and have gone beyond the limits of their immediate job descriptions, normal expectations and terms of reference to provide sterling service to the UWI Open Campus.