Brian Lara, Dwight Yorke and Yohan Blake among the superstar line up 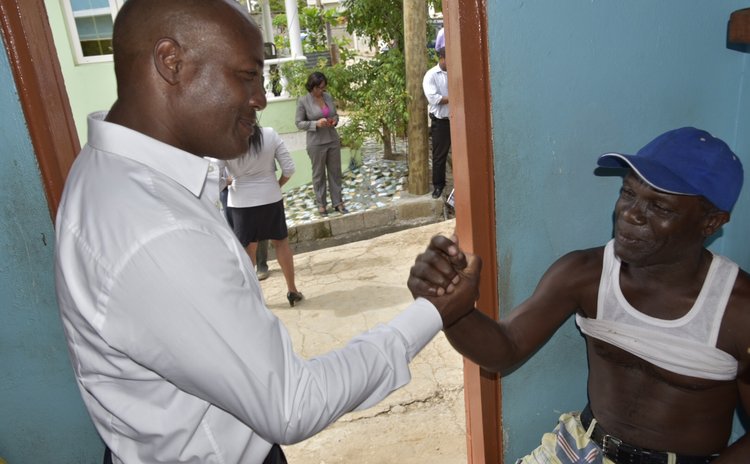 Lara greets a fan at Colihaut

Regional Headquarters, Jamaica. WI. 15 September 2015: The University of the West Indies (UWI) in partnership with the West Indies Cricket Board (WICB) will host a Celebrity T20 cricket match in Barbados on September 26, 2015, in support of Dominica, as the island continues to grapple with the devastation left behind as a result of the passage of Tropical Storm Erika on August 27, 2015.

The T20 match at Kensington Oval which aims to attract a sold-out crowd, will see a WICB President's Celebrity XI play against a UWI Vice-Chancellor's Celebrity XI. Each team will field six West Indies' cricketers and five Caribbean celebrities. Former West Indies' and Trinidad and Tobago cricketer Brian Lara, Tobago-born UK-based footballer Dwight Yorke and Jamaican Olympian athlete, Yohan Blake are among the first sporting personalities to confirm their availability for the benefit match. For the West Indies team players, it will be the final home game before departing for their tour of Sri Lanka.