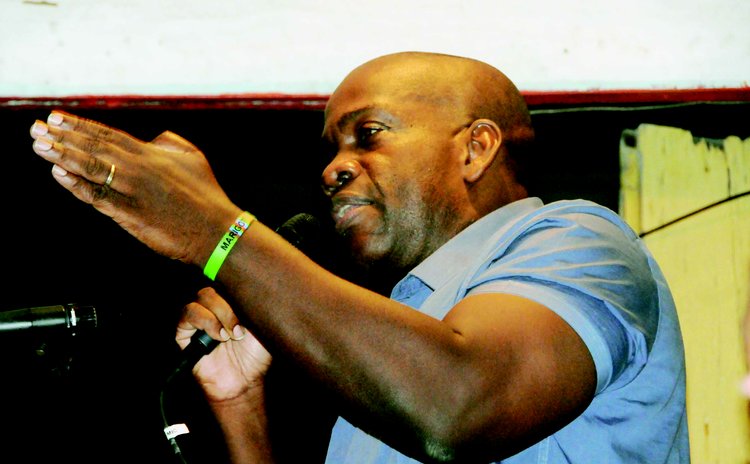 Lennox Linton, the political leader of the Opposition United Workers Party (UWP) has accused the ruling Dominica Labour Party (DLP) of using Haitians to improve its chances at the up-coming elections. At a press conference the UWP held last week, Linton said his party will also manage the number of Haitians entering Dominica.

"Our policy will be consistent with our regional obligations under the CARICOM treaty. However, Dominica has a responsibility to manage the amount of people that can relocate from one island or territory of the region, into Dominica," said Linton. "At a time when we are struggling to provide basic services, health and education for our people, it is simply not going to make sense for us to have a policy that continues to allow any number to come into Dominica. That has to be looked at. And that will be looked at under our administration".

But, according to Linton, there are some disturbing elements pertaining to Haitians nationals in Dominica as far as the general elections are concerned.

"You may have heard Curtis, (DBS News Editor, Curtis Matthew) that some of them are either walking in with their passports, or they are receiving the passport soon after coming here. And they're being recruited by candidates of the Dominican Labour Party to be registered in certain constituencies to vote".

"You heard that right. I just told you. I just told you it's all on the ground. And I'm surprised that you don't know but I'm happy to bring it to your attention. It will be good, it'll be a good thing to follow up. As a good thing from the point of view of a news report of your findings honestly to the people of Dominica.

"The people of Dominica need to know whether the Haitian nationals who started coming into Dominica on a farm assistance programme initiated by the United Workers Party whether the Haitian nationals under this administration now are going to be used to influence the result of the election in Dominica, especially the Haitians, especially the nationals from Haiti who do not qualify for naturalization or do not qualify for citizenship under the laws of Dominica".

Linton added: "The numbers coming in. We have to control the numbers. Every country in the world has border protection responsibilities. And yes, very importantly, we will stop the 400 US dollar payment that the Haitian nationals coming into Dominica crack up at the port of entry will be stopped".

At the conference the UWP announced that all 21 party candidates will be launched on 19 May 2019 at a grand rally in Roseau. "It is going to be historic in many ways," Linton said. "Because I can tell you, the people who will never have seen anything like that. Some people like to read about history. Others like to be there when it is happening. This is an opportunity to be there on the 19th of May 2019".