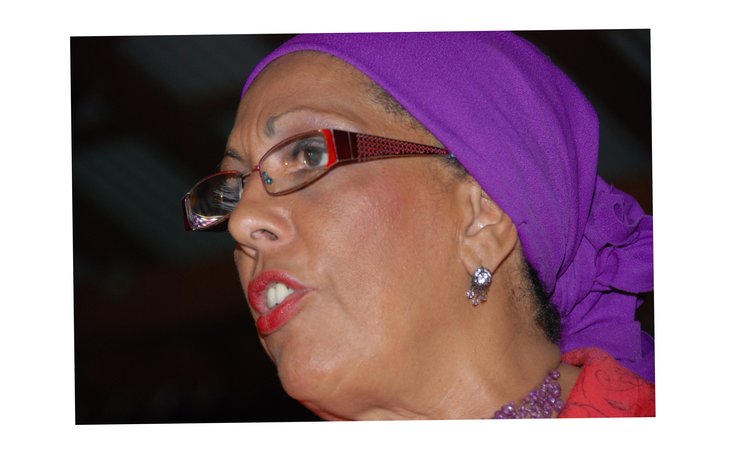 Judith Eleanor Pestaina will be named as the opposition United Workers Party's (UWP) nominee for the post of Speaker of the House of Assembly when the new parliamentary term opens on February 23rd, 2015, the UWP announced in a press release today.

Pestaina is the former political leader of the once-powerful Dominica Freedom Party (DFP) and Commonwealth Political Advisor and a senior public servant.

Pestaina, the Managing Director of Garraway Hotel, is a certified career professional with over 25 years' experience across a variety of leadership and management positions in the public and private sectors.

"As a former Chief Protocol Officer, Permanent Secretary, Chief Personnel Officer and Acting Cabinet Secretary in the government of Dominica, she has an impressive track record of customer focused teamwork and effective alignment of resources to agreed organizational development strategies", the UWP stated.

The press statement added: "As a former Deputy Director of the Political Affairs Division of the London based Commonwealth Secretariat, she led and served on a number of missions observing Elections in several Commonwealth member states designed to help strengthen and protect democracy. She also collaborated with the senior leadership team in the development and delivery of a variety of solutions for Governance challenges facing small island states in particular and the Commonwealth grouping in general.

"Opposition Leader Lennox Linton says the UWP nominee for the post of Speaker is well prepared to do justice to the challenging responsibility of guiding the business of parliament to higher levels of achievement in the public interest".

"We are extremely pleased that she has made herself available to serve if elected… When you combine the professional accomplishments of Mrs. Pestaina with her passion for excellence, her well-known capacity for fairness and objectivity, and her outstanding oral and written communication skills, you have a mix of skills and competencies ideally suited to this important public service engagement," the release stated..

Parliament will elect a Speaker by secret ballot at the start of proceedings on February 23rd, 2015.

Prime Minister Roosevelt Skerrit has stated that the government's nominee is Alix Boyd-Knights who has held the position since 2000. She is likely to be re-elected for a fourth successive term.