UWP says no by-election in Marigot 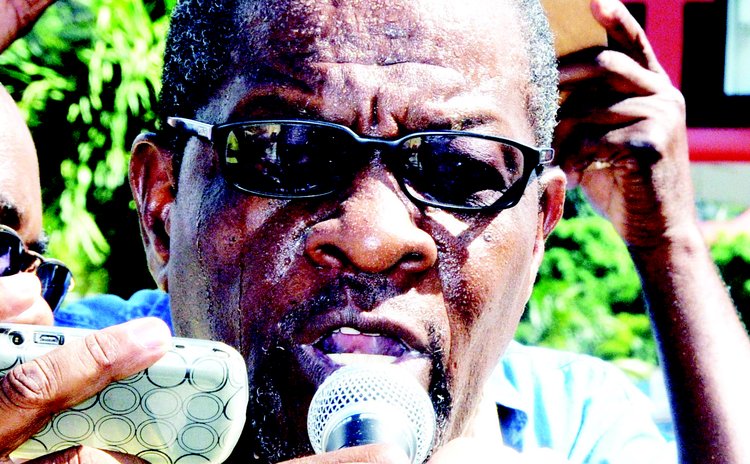 Mon 5 August 2013 - They've given this an awful lot of thought. Long, hard, meditative.

"This is a matter which has been discussed by the constituency association of the party."

They've invested a lot of brain cells into this. Meticulously, thoroughly, painstakingly, even.

"This matter has been discussed at the level of management of our party."

They've contemplated this deeply, mulled over it reflectively.

"And the general council of the party."

However, after all of this reflection, at the end of this rumination, after all the contemplation, they've decided that while he'll do anything for party, this he won't do.

"The decision is it's not in the best interest of the party to do that."

No, Edison James won't quick as the Member of Parliament for Marigot. Not now. Not before the general election.

James has announced that he will end his second stint as political leader of the United Workers Party (UWP) and make way for the talk show host, Lennox Linton. The coronation of Linton is expected at the UWP delegates conference in Castle Bruce on 1 September.

Having taken the first step away from active politics, James is being encouraged to take a decisive step now and step down as MP to allow Linton an early taste of parliament.

Wickham is familiar with the political landscape here, having conducted several polls for the Dominica Labour Party (DLP), the most recent in February of this year. The Barbadian admitted that he "don't really know anything" about James' identified successor, however, he told The Sun that a Linton by-election win would do wonders for the UWP's image and confidence.

"A by-election victory would do them well," Wickham predicted.

There appears to be little doubt that Linton would bring lethal, razor-sharp bite to the opposition's contribution in parliament, an enforcer who would take no prisoners.

But the UWP felt that the incoming leader would be better served spending time in the constituency, preparing himself for the bigger challenge: the general election. In any event, James told The Sun, there is not guarantee that a by-election would be called if the sitting MP for Marigot steps down now.

And, there is the risk of election fatigue in the constituency. Having voted in the December 2009 general election, the people of Marigot – along with voters in Salisbury – returned to the polls in July 2010 for a by-election after Alix Boyd-Knights, the speaker of parliament, declared the seats vacant after the opposition missed three sittings because of a boycott. James told The Sun that another by-election, followed sometime soon by a general election, would be too much for the voters.

In any case, James said, the current climate in the House isn't encouraging, with a speaker who engages in fatuous nonsense and runs the House as if it were her own private fiefdom.

"I don't know whether anybody wants to get into the parliament under the chairmanship of Alix Boyd-Knights, whether it's the opposition or the government. This lady is getting more and more out of hand. This lady has got from bad to worse. She believes that is her house, not the House of Assembly, but the House of Alix and she does anything she wants."

James stressed that the decision to step down as party leader was his, dismissing a claim by Athie Martin in a recent story in The Sun, that Martin and some UWP advocates had urged James to "arrange for the transition" and to bow out gracefully.

"That is totally not true and I'm very disappointed with that comment," the outgoing UWP leader said. "My decision to leave is something of my own volition."

He reflected on the fact that the party had asked him to return to bring stability following the failed experiment with Earl Williams, and to return it to a position of strength.

"We are not there yet but we are (well) on our way and I felt now is a good time for someone else to take it over…Primarily I felt it was time for me to move out and let the party be guided by someone else," he explained. "I will be there, very much part of the machinery and I will be there to do whatever the leadership of the party want me to do."

A sober reminder from a man who helped build the UWP that he will do anything for party, but he won't do that. Not right now, anyway.