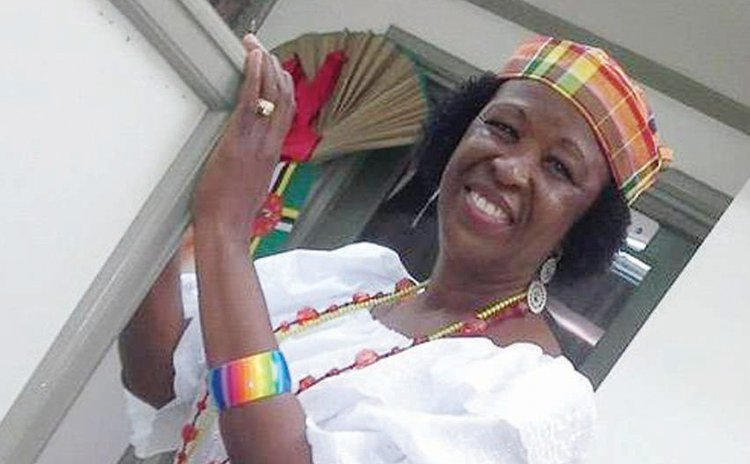 The last time the United Workers Party (UWP) held the Castle Bruce constituency was in 2000, and it was won by a woman. However, the party's romance with the constituency did not last much longer as Loreen Bannis-Roberts, who inherited the seat from her uncle, Romanus Bannis, saw an opportunity, crossed the floor, and has been a faithful servant of the Dominica Labour Party (DLP) since.

Now, the UWP is counting on another woman to bring the seat home to it in the next general election. It has selected school teacher Ernie Lawrence-Jno Finn as its candidate for the poll, due by December next year, but could be held as late as the first quarter of 2020.

The man who contested the seat for the party in 2014, Isaac Baptiste, is now a senator and the UWP's president. He had made it clear very early that he did not intend to run again, political leader Lennox Linton confirmed to The Sun.

The 62-year-old Jno Finn, who is from the hamlet of Good Hope, has had a long history in education, dating back to 1971, and has a master's degree in educational administration from the University of Leicester in the United Kingdom.

She describes herself as "an accomplished primary school teacher and school principal with a proven track record of supporting teachers in the education and development of children", in addition to possessing "extensive experience in working with primary schools as a teacher, school principal, learning support officer and district education officer".

"I feel quite confident at representing the people who I think need a fair share of what the country has to offer and also better representation and I believe that I can give the representation that my people need," the educator said.

"I have seen them grow and diminished, moved from one level to another [but] not better and progress . . . frankly we deserve better."

It is not entirely clear who her opponent will be. The DLP is said to be unhappy with the performance of Johnson Drigo, who, like many who have become entrenched in the governing party, is a former Dominica Freedom Party (DFP) operative.

Still, his performances at the polls were significantly better than those of Bannis-Roberts, who in 2005, scraped through by a single vote, 799 to 798 over the UWP's Leonard Newtown, having won by 55 votes in a three-man race that included the DFP in 2000.

However, Bannis-Roberts, who now serves as ambassador to the United Nations – a promotion from her role as coordinator of Diaspora affairs – is being mentioned as a possible replacement for Drigo.

With the DLP yet to decide on its candidate, whoever the ruling party chooses, Jno Finn said, cannot match up to her.

"I don't know yet who I will be going up against. I am just hearing names, but I am ready and I know that whoever comes up for the other side, I am better and am the better candidate," she said.

The Castle Bruce seat has had a history of switching sides since it first became a constituency in 1975, when it was first won by Romanus Bannis for the DLP. In 1980 it went to the DFP at the height of that party's popularity, but went back to the DLP, this time Eden Durand, in 1985. Romanus Bannis returned in 1990 to win it for the UWP, which held onto the seat for three straight elections before Bannis-Roberts' crossing of the floor. The DLP has not lost it since.

Come the next election, the UWP is placing its hope on a mother, wife and teacher to end the streak.