Allen Chastanet is the Prime Minister Elect of St. Lucia 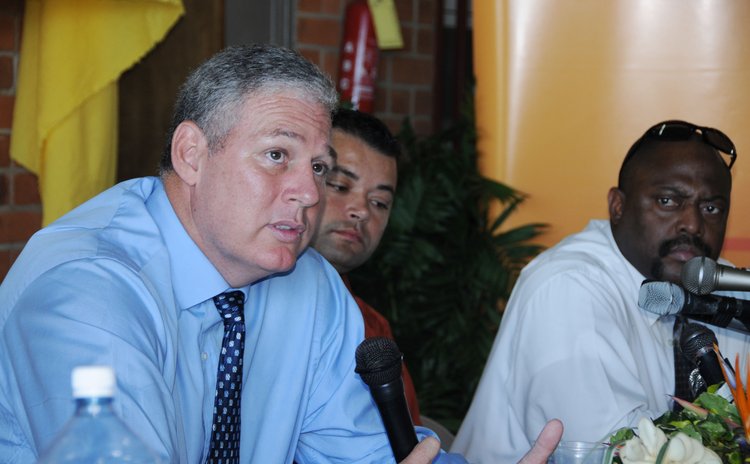 Allen Chastanet, left, on a visit to Dominica in 2010

Prime Minister Elect Allen Chastanet said after the results were announced that he will immediately focus on agriculture, cruise tourism and the review of VAT.

He thanked St. Lucians for their "incredible support" and for their "enthusiasm".

Asked whether he was still angry about the state of the St. Lucia economy and society in general, Chastanet said: "One has to be very upset and this is extremely serious".

At the polls the UWP won 11 seats to the St. Lucia Labour Party (SLP) 6. It was a complete reversal of the composition of the St. Lucia parliament- the SLP had 11 seats and the UWP six before the general election.

Chastanet holds a BSc from Bishop University and an Msc degree from American University.

He became the political leader of the UWP in 2013. After he won the leadership position Chastanet said in his acceptance speech said: "Remember we have one common purpose and one goal, to remove the St. Lucia Labour Party from the backs of the suffering people of St. Lucia".

After accepting defeat, Former Prime Minister Dr. Kenny Anthony said he will serve his Vieux Fort constituency but he will not be the Leader of the Opposition or the Political Leader of the SLP.