UWP's Home and Away Plan 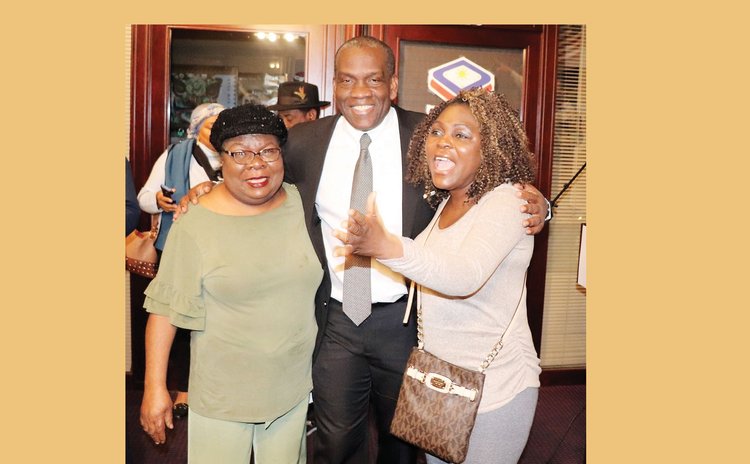 Over the past three general elections the Dominica Diaspora has been determining the outcome of the poll especially in marginal seats in their native country.

And the opposition United Workers Party (UWP) has been at the receiving end of that real power of the Diaspora, negatively that is. The party is determined to reverse the trend and so the UWP is now putting its boots on the ground in the Diaspora.

"We have been to St. Maarten, St. Thomas, St Croix, Guadeloupe, Canada, and New York, Texas and also Florida. Also on the team is Deputy Leader Joshua Francis, Senator Ronald Charles, Monelle Williams-Jno Baptiste and Felix Thomas who are all engaging the people in the Diaspora with opposition leader Lennox Linton," UWP president Isaac Baptiste told The Sun.

"That strategy (of meeting the Dominica Diaspora) is definitely paying out for the UWP and it is paying out this time better than ever before," said a Dominican source with knowledge of the UWP's strategy but is being provided the usual anonymity to speak candidly on the issue. "Whether the diasporans are able to vote or not, they have lots of influence on locals and they very often determine where the locals vote since they give them financial and barrel support."

Dominica has a huge Diaspora. With a current population of less than 70,000 who live on island there are about 150,000 to 160,000 Dominicans living overseas, the Dominica Academy of Arts and Science (DAAS) said in 2004 publication titled: "Dominica - Diaspora Policy Paper".

"A nation's Diaspora is that part of its population that has emigrated overseas and is permanently resident in foreign countries. These emigrants may or may not hold citizenship in their respective host countries," the paper states. "We can ignore the Diaspora, but turning a blind eye to it won't make it go away".

Immediately following the last three elections there was much controversy as the ruling Dominica Labour Party (DLP) was accused of importing voters from the Dominica Diaspora to improve its support in marginal seats. The DLP has denied the allegation that it was involved in importing voters and contended that voters whom the party "assisted with transportation" were free to vote for or against the DPL when they come back home to vote. But the point is, has the DLP strategy worked?

"Yes, it has worked," said our source. "There is evidence that voter importation won the Dominica Labour Party quite a few marginal seats for the last few elections".

But, in spite of the success of the current UWP approach to reach out to the Diaspora wherever they are, as a direct response to the DLP's voter importation and information dissemination strategy, the UWP is being criticized for its lukewarm local campaigning.

"The UWP needs to place more emphasis locally," our source said. "They are on the radio but that personal touch is not there. They seem to be doing better with the Diaspora than they are doing on the ground here. I would even say that they have left the local campaign, the local politics to the Labour Party and they have to clean their act there because at the end of the day the majority of voters are local".

"I am not satisfied they are doing enough to catch the votes on the ground," the source said.

Asked what is the DLP reaction to the latest UWP win- the-Diaspora- votes strategy, General Secretary of the DLP Edward Registe said: "We have no issues with that…they have to meet their people and we also have to meet our people."