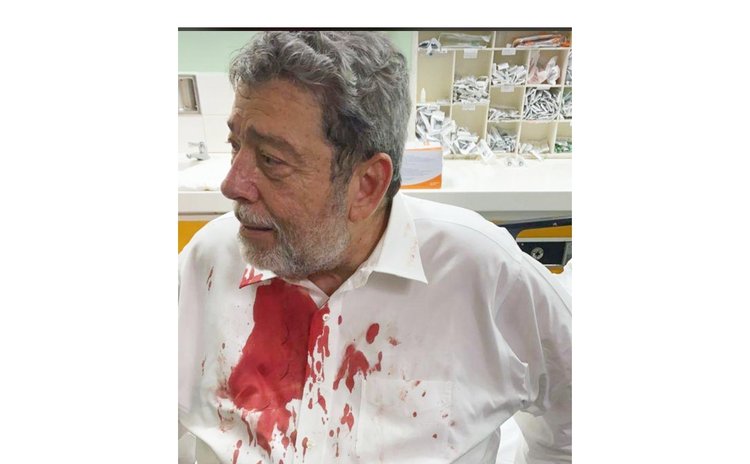 A groundswell of opposition to the COVID-19 vaccines and mandatory inoculation is taking a coordinated form in the region with pro-choice activists and religious groups demonstrating for their right to choose.

For the first time in decades, world leaders have taken an ambitious position in their unprecedented call for a fully vaccinated nation. Notwithstanding, vaccine hesitancy has been their number one challenge to the point where the governments are forced to gift other countries doses they have received and some are considering passing legislatures to mandate the Covid-19 vaccines.

In Barbados, plans by the Mia Mottley administration for possible mandated COVID-19 vaccinations among frontline workers were rejected by a coalition that has labelled itself as "Barbados Concerned Citizens Against Mandated and Coerced Vaccination".

The group insists that members of the public should have a say on whether the COVID-19 vaccine should be made mandatory.

According to Barbados Today, about 2,000 Barbadians and non-nationals held a protest on August 7 designed to, "send a message to authorities that they are strongly against any move to make the COVID-19 vaccines mandatory in Barbados."

Similarly, in St. Vincent and the Grenadines, outside a Parliamentary sitting on August 5, Vincentians protested against the Public Health Amendment Bill 2021, legislation that would mandate federal workers get vaccinated that same day and was reportedly organised by the main opposition New Democratic Party (NDP) and two trade unions.

During the protest action, Prime Minister Dr. Ralph Gonsalves was injured in the head by a projectile. Dr. Gonsalves was rushed to hospital and flown to Barbados, where he received an MRI and treatment for a concussion.

The Public Health Amendment Bill 2021 was passed on August 6, and according to Dr. Gonsalves, the bill requires specific categories of employees in the public sector, including those in central government and state enterprises, to take the vaccine to work in specified "frontline" jobs.

In Antigua and Barbuda, tensions are high as police and residents clashed in the streets recently after a massive crowd refused to disperse at the lawmen's request.

These residents, several hundreds of them, converged on Market Square in St Johns to protest against the government's Covid 19 policies.

The group of protesters who call themselves the "Freedom Fighters" said they were expressing concerns about the policies being imposed on the citizens of this country, which are seen to restrict others from one's right to work, operate their personal affairs, and restrict access to basic needs and wants within Antigua and Barbuda.

In St. Croix, frontline workers from the Juan F. Luis Hospital braved poor weather to protest the hospital's vaccine mandate to have the healthcare workers and employees of the hospital taking the jab or facing termination.

One protester who identified herself as a doctor was heard in the video saying, "Fire burn vaccine."

Another protester, a nurse, said she was fighting for autonomy over her own body.

Health care workers in St. Thomas from the Schneider Regional Medical Center also followed suit with their own protest in Charlotte Amalie outside the hospital.

A protester during that demonstration had this to say "I have witnessed our staff nurses over the past year and a half when COVID first came out working their butts off to take care of the Virgin Islands family… I do not think that it is fair that now that you've come out with a vaccine that those who don't want to take the jab are going to be terminated. I don't think that's right. It is not right for you to get rid of people who have been loyal to this hospital for years now."

In St. Kitts and Nevis protesters were stopped short during a demonstration on Emancipation Day protesting against "Segregation through Vaccination", one placard read.

However, as St. Kitts and Nevis is under a State of Emergency until December 31, protest action must be permitted by the Commissioner of Police. So the peaceful action was stopped by the authorities.

Various health authorities including the World Health Organisation (WHO) and the Center for Disease Control and Prevention (CDC) have been calling this the "pandemic for the unvaccinated".

The reason for such a targeted title stems from reports that state that unvaccinated individuals account for most of the deaths and hospitalizations.

Dr. Rochelle Walensky, the CDC's director, said that unvaccinated people accounted for over 97 percent of hospitalizations.

Thus the introduction of vaccination mandates.

In Dominica, while there have been calls for the consideration of mandatory vaccine by some including the President of the Commonwealth of Dominica H.E. Charles Savarin, Prime Minister Roosevelt Skerrit have given the assurance that vaccination will not be made mandatory in Dominica.