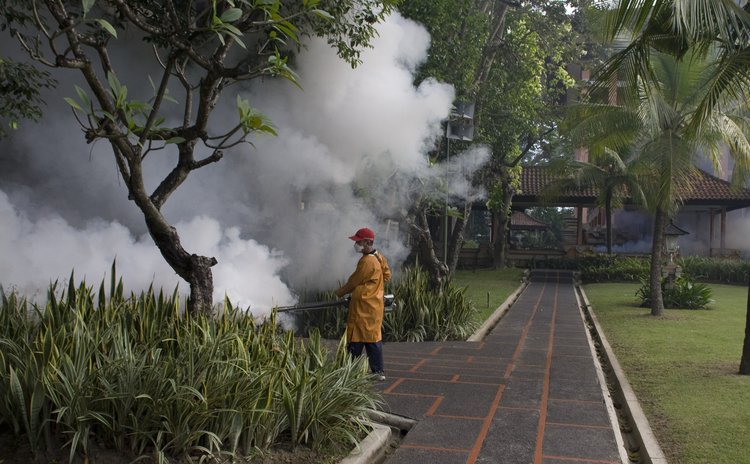 Regular fogging to prevent dengue and other diseases transmitted by mosquitoes in Bali, Indonesia.(WHO photo)

CARACAS, Jan. 28 (Xinhua)-- A total of 4,500 suspected cases of the zika virus have been detected in Venezuela, the country's Health Minister Luisana Melo revealed on Thursday.

The minister also announced the start of a national action plan against zika, dengue and chikungunya in 590 community health units across the country. All three viruses are carried by the same mosquito, Aedes aegypti.

This plan will seek to halt the spread of the epidemic in two phases, vigilance in eradicating potential mosquito breeding sites and reducing potential contamination, and rolling out treatment mechanisms where needed.

"Only a very small percentage of cases can present neurological complications," explained Melo.

Also on Thursday, the Pan American Health Organization (PAHO) issued an estimate that zika could contaminate 3 to 4 million people across the Americas in the next year.

Brazil has been the most affected country by the epidemic, having registered at least 4,180 babies born with microcephaly, likely due to complications resulting from their mothers contracting zika.

On Feb. 1, the World Health Organization (WHO) will hold an emergency meeting to seek a united international response to the zika virus.