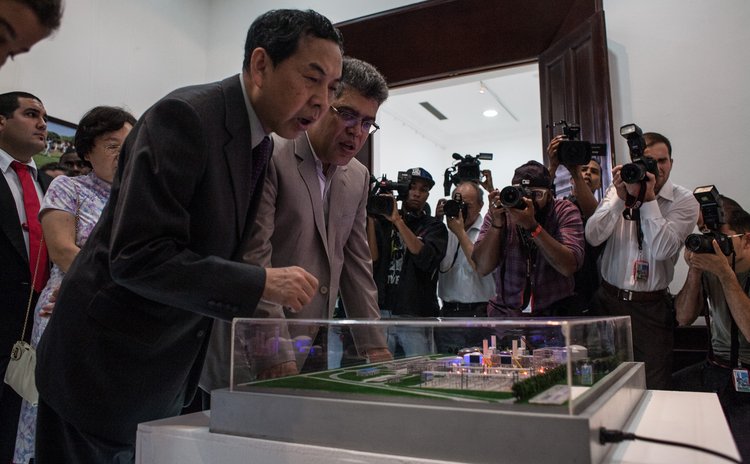 "During the past 40 years the two countries have marked a historical cycle. It has been a development process for both countries," Jaua said at an event commemorating the anniversary of ties.

He noted that since the beginning of Hugo Chavez's presidency in 1998, bilateral ties had been further strengthened especially in oil and financial cooperation.

"We have become a country that supplies over 500,000 barrels of oil to China every day, and receives, in exchange, financing for our industrial development, science and technology and agriculture," he said.

The Venezuelan minister stressed that late president Chavez mapped out a strategy for deepening relations with China and received an immediate positive response from Chinese leaders.

Chinese Ambassador Zhao Rongxian said China-Venezuela relations have been guided by the principles of cooperation, mutual benefit and solidarity, as well as respect for self-determination.

"It's an integral relationship and we are convinced that, with the clear intention of both governments, we can move forward in expanding our achievements for the welfare of the two peoples in the coming years," he said.

Zhao believed that greater progress can be made in trade relations between China and Venezuela thanks to the joint efforts of the two governments and their leaders.

To celebrate the 40th anniversary of the China-Venezuela ties, a photo exhibition was launched in the Venezuelan capital on the development of bilateral ties and joint projects over the past four decades. The Francisco de Miranda Youth Symphony Orchestra also gave a concert.

Venezuela and China have signed more than 500 cooperation agreements, with bilateral trade amounting to 19.2 billion U.S. dollars in 2013.