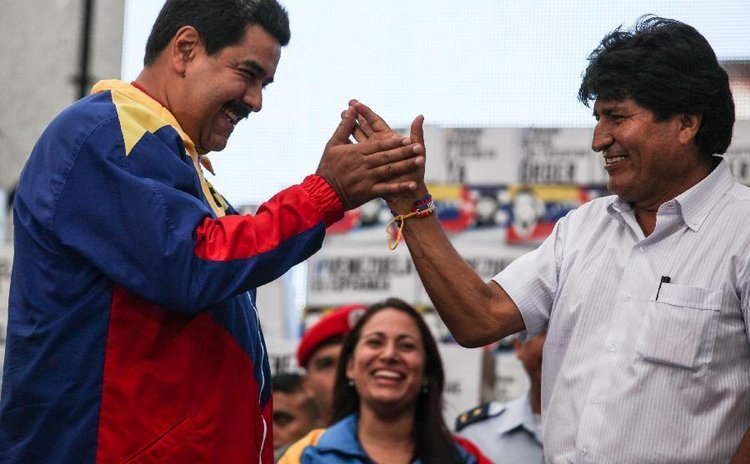 In a speech delivered at the seventh Summit of the Americas, a gathering of heads of state and representatives from 35 nations in the Western Hemisphere, Maduro said the signed petition will be delivered via diplomatic channels.

"I also represent 30 million Venezuelans who want the decree revoked. It is an irrational decree, a disproportionate decree," he said, referring to a March 9 executive order that declares the South American country "an unusual and extraordinary threat" to national security.

Washington has since been trying to downplay the aggressive terminology, calling it standard for declarations of this type, but Maduro rejected those assertions, saying "the decree is very dangerous."

Venezuela's government launched the signature drive shortly after the decree was issued, aiming to collect 10 million signatures to present to Obama at the summit.

On Thursday, in Caracas, Maduro and his Bolivian counterpart Evo Morales celebrated reaching the goal of 10 million signatures.

That same day, in Jamaica, Obama again reiterated that the United States did not in fact see Venezuela as a threat.

Obama's recent statements could open a window to begin a new era of historic relations between a free and sovereign Latin America, including Venezuela, and the U.S., based on respect, Maduro said Thursday.

Washington sent Thomas Shannon, counselor to Secretary of State John Kerry, to Caracas on Wednesday in an apparent effort to ease tensions in the run-up to the summit.

Maduro has described the decree as the worst Latin America- related foreign policy mistake of Obama's six years in office, adding Washington "needs to understand" the region is no longer its "backyard," and that Venezuela has the right to democratically and peacefully pursue a socialist path towards development.

Argentine President Cristina Fernandez delivered the most scathing criticism of the U.S. decree against Venezuela, during her summit speech Saturday.

"My first reaction was to laugh. It borders on the ridiculous .. . just thinking that one of the countries of our continent can be considered a threat to the world's most powerful nation ... whose military budget is over 640 billion dollars," she said.

"It is a shame to have this summit overshadowed by that decree, " she said, calling for it to be revoked.