Venezuela to pursue coup plotters judicially in the U.S. 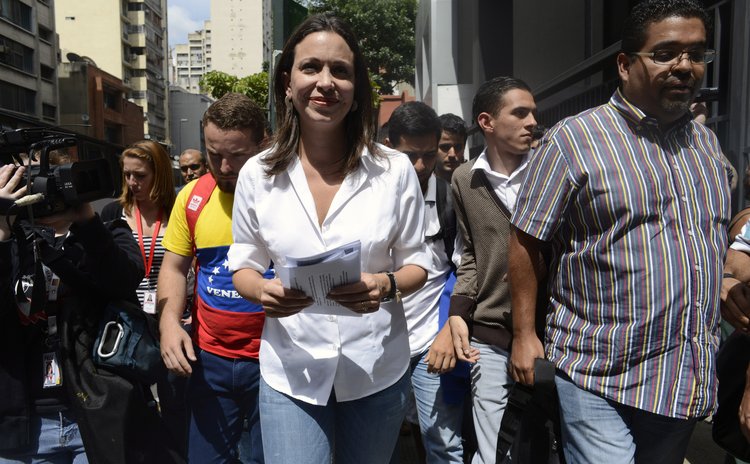 CARACAS, Jun. 3 (Xinhua/Sun) -- Venezuelan President Nicolas Maduro said he will start judicial actions in the United States against alleged conspirators in a plot to kill him.

Those targeted include senior State Department officials and Venezuelan citizens living in the U.S., which he alleged were involved in an assassination plot recently uncovered by Venezuelan authorities.

Maduro said on televised program Tuesday the Venezuelan government would turn to its international consultants and attorneys with the evidence presented to prosecute these individuals.

Top Venezuelan authorities said they uncovered on May 28 a coup and assassination plot against Maduro planned by opposition leaders, international financiers and officials of the U.S. State Department.

The authorities accused former deputy Maria Corina Machado of being behind the plans and revealed several emails allegedly written by her that linked her directly to promoting a violent change of government in Venezuela.

Maduro said there was new proof showing the communications between national opposition leaders and senior U.S. officials were established through emails belonging to State Department domains.

"My government can provide all the evidence required by President Barack Obama, because we have all domains, IP addresses, source codes that identify out of which computer these senior officials from the State Department encouraged the assassination plot," Maduro said.

He asked the White House for an answer on this matter because there were serious questions of U.S. government complicity in allowing on its territory the preparation of a plan to assassinate the president of a democratic nation.

He said all investigations were in due process with the Venezuelan Constitution and endorsed by the nation's proper authorities, among them the Attorney General's Office and the Supreme Court.