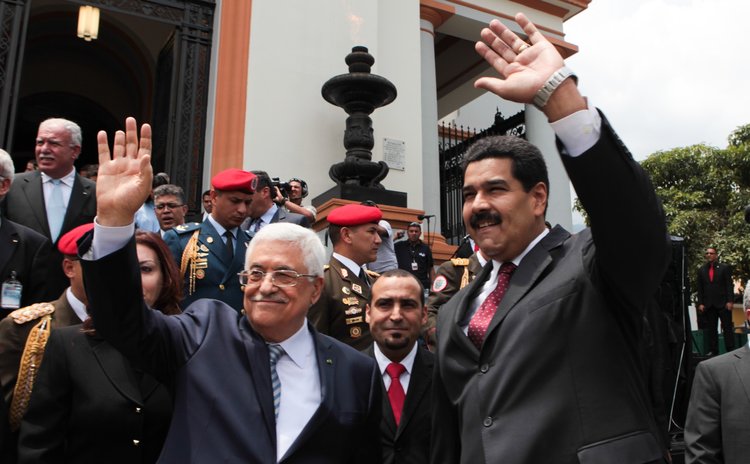 CARACAS, May 16, 2014 (Xinhua) -- Venezuelan President Nicolas Maduro (R) and Palestinian President Mahmud Abbas waving during Abbas' visit to the National Pantheon in Caracas, Venezuela, on May 16, 2

The two leaders held a closed-door meeting before attending the signing ceremony of the agreements, one of which agreed that Venezuelan state oil company PDVSA would supply Palestine with diesel.

Maduro said during the meeting they discussed the incorporation of Palestine as an observer to the Petrocaribe oil bloc and the Bolivarian Alliance for the Americas.

He also stressed the unwavering position of Venezuelans for the Palestinian cause, of which late Venezuelan President Hugo Chavez was a faithful exponent.

Abbas thanked the Venezuelan government for its support, saying the agreements will contribute to the strengthening of bilateral relations, which were initiated by Chavez.

"These agreements we have signed have been the result of joint work," Abbas said.

The Palestinian leader arrived here late Thursday for a three-day visit, during which he paid tribute to Chavez.