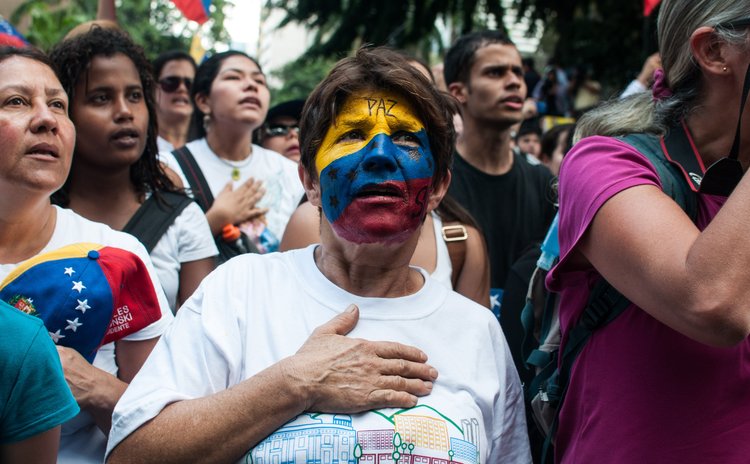 Minister of Interior and Justice, Miguel Rodriguez Torres, told the state television that camps were dismantled in a raid that began at 3 a.m. local time.

According to Rodriguez Torres, numerous amounts of drugs, weapons, alcohol and explosives were found at each of the camps, which consisted of small tents erected about two months ago to protest against the government of President Nicolas Maduro.

The South American country has been roiled since February by demonstrations that have killed at least 39 people and left hundreds of others injured, plus the arrests of opposition leaders accused of inciting the violence.

Maduro's administration announced last week that it had arrested 58 foreigners, including an American, on suspicion of inciting violent street protests against the government. Both Maduro and Rodriguez Torres have denounced what they describe as a plot to promote unrest aimed at overthrowing the administration.

Opponents have repeatedly rejected the government's frequent allegations about coup attempts, calling them an effort to distract attention from the country's problems. They say the protests arise from widespread discontent with inflation, soaring crimes, record shortages and violation of human rights.