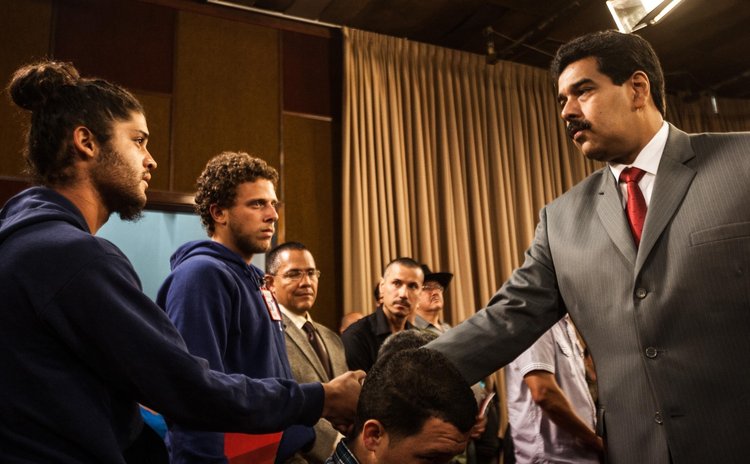 CARACAS, March 15, 2014 (Xinhua) -- Venezuela's President, Nicolas Maduro (R) greets a relative of one of the persons killed during the protests in the country, at a press conference in Caracas, Venez

"They asked for money, and undoubtedly it's to finance these violent actions that have been taking place in Venezuela," Attorney General Luisa Ortega Diaz said at a press conference in Geneva, where she was attending a meeting of the United Nations Human Rights Council.

Ortega also slashed the United States for attempting to "police the world," after a bipartisan group in the U.S. Congress proposed two bills seeking to impose sanctions on members of the Venezuelan government deemed responsible for violently repressing the protests.

"Who has given them the authority to sanction countries?" asked Ortega.

Since its onset on Feb. 12, anti-government protests in capital Caracas and other major Venezuelan cities have left 28 dead and more than 360 injured