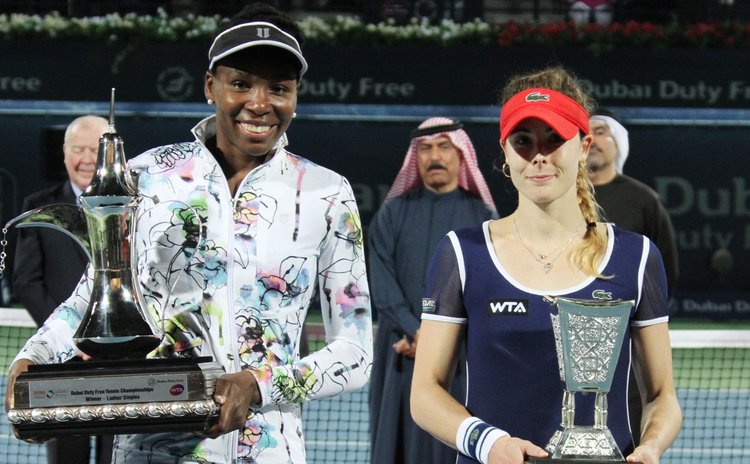 DUBAI, Feb. 23, 2014 (Xinhua) -- Venus Williams (L) of the United States and Alize Cornet of France pose for photograph during the awarding ceremony of their final match at the Dubai Tennis Championsh

The second set equaled a mere training session for Williams who left her 24-year-old opponent few chances to score.

The 33-year-old Williams, who scored two aces during the match, cashed in 471,841 dollars prize money which marked her third win in the Dubai open. The world number 26 Cornet won 251,648 dollars.

Williams said after the match she was great about the atmosphere in the Gulf Arab sheikhdom.

"I need to play here every year. Practicing, playing, all the good things come now together," said Venus Williams.

Cornet said she gave all she could, but she was willing to come back "as this was the second time to play in Dubai and I really loved the tournament and the atmosphere."