Victor Abraham John: "He was a patriot at heart" 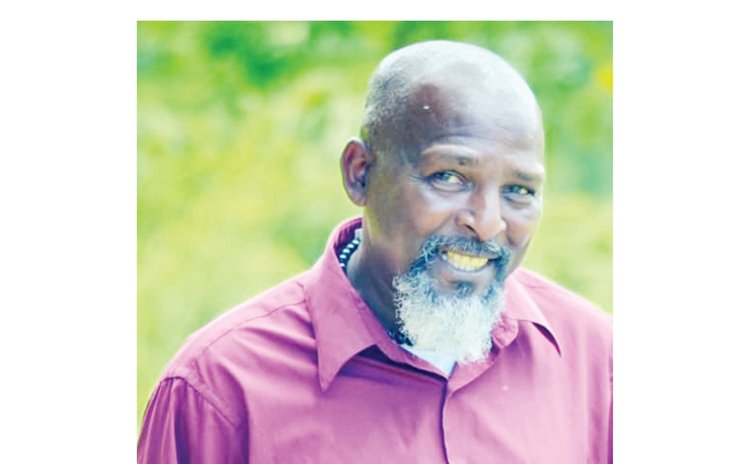 Victor Abraham John, the husband of Dr. Idaline John and former teacher of the St. Mary's Academy, passed away on September 15, 2020.

Born Grenada, from the cultural parish St Patrick's, village River Sallee, John had a passion for journalism; he graduated from a journalism school in Cuba in 1993. His son Shanon provided the Sun with the following eulogy.

"Our father touched a life in a positive way everywhere that he went. As a teacher at the Grenada Boys Secondary School, then SMA, as a local agriculturist, a partier, an entertainer – his ultimate purpose was to live life fully – and so he did.

"Certainly, his death was a shock to all of us; it shook every corner of Dominica and rumbled Grenadian soil. His joyful spirit and charming personality made it unimaginably easy to connect with him. His students and colleagues grew to become his closest friends, and friends were nothing less than family. Anyone who knew our father would recall hearing him belt out loudly, but so soothingly his favourite chorus "Issa vybes!" which represented his nonchalant and easy going personality.

"He was a patriot at heart; he was a son of Grenadian soil, and trust me – he would make you know it. If he was not decked out in Red, Green and Gold, his infectious accent would give it away after two words. He would often boast of Grenada's "wicked jab" or its endless supply of nutmeg and other spices. Grenada's National Down (Oil down) was his best home-cooked meal, competing closely with his famous goat water.

"Although Grenada was his homeland, he embraced his wife-our mother's- country as if it were his own. After moving to Dominica with her, he established his presence by becoming intricately entwined into our family and society. He shared in our culture by being a big supporter of Carnival – even establishing his well-known Carnival parade bar on Independence street, for years! As children, we would often gather there to watch the parade, while devouring a hot bowl of goat water or simply just enjoying his bubbly carnival-loving presence. He enjoyed calypso and made many friends in the calypso arena – Hunter, Carressa, Scrunter and many others whom he would bounce ideas off of for the subsequent calypso season.

"His love for journalism and literature was evident in the way he would sit and analyze any piece of writing – whether it was news, a song or even a movie. Indeed, it was admirable to listen to him share his analysis of the literary work. Although career wise he worked with words, his passion has always been the soil. A farmer at heart! He tried almost everything, from chickens, to rabbits, to goats and even sheep – he tended to them all with zeal, passion and a genuine love for them as if they were his own family. As far as I can remember, he would spend almost all the free time he had on his farm or our grandparents' farm. He grew sufficient vegetables to provide for our household, and to sell to the public. The money was just a bonus – he was doing what he truly loved. Neighbours and friends would pop in at the spur of any moment, and before they left he would ensure that they went away with some produce in their hand.

"Of course, he ensured that we developed a love for the soil and agriculture; he instilled the importance of the love for agriculture into us at an early age. Both my brother and I would sit hours on end washing eggs or sowing seedlings for a minimal wage or no wage at all. His lesson to us was to love the soil, at no cost, and all cost – just like he did.

"Although he often seemed very jovial and free spirited, there were times when his seriousness was unmistakable. He was a no-nonsense man – ask any of his students. As a parent, he disciplined us in ways that left us truly pondering the misdemeanors we caused when we were children. With his friends and family, he was straight up! He would tell anyone of their wrong doing in the most transparent way as possible – of course with a few embellishments of his loose tongue. Regardless, he meant what he said and stood firmly by his word.

"On any given day, if he ever wanted to relax or just "free-up", after working on his farm, he would take a drive to his favourite bar – Shyan in Pond Casse, and engage in hours of political banter with his friends. An outsider would think that he was arguing with bitter enemies, on the contrary, that's how he spoke with his friends. He would dish out a few insults in conversation, and accept a couple in return – and at the end of the night, the parties involved would just laugh it out and go their separate ways.

"His colleagues at SMA can attest to the free-spirited yet loving and serious individual that he was. His love for his family was unmatched and anyone who knew him well, knew how devoted and protective he was of his two gems- his children. They recall how serious he was with his students often reprimanding them (Victor style) and embracing them all in the same breath. He was never afraid of complimenting them with his famous Spanish expression "Muy Bien" (Very good in English), a name he would later be referred to by his students.

"Vic or Johnny as he was affectionately called by a number of his colleagues at SMA was a real joy to the staff, especially those in the Old Wing. They recounted his sharing of his most peculiar experiences in the staffroom, if not for the content but the unique Grenadian expressions or his accent would surely get everyone howling with laughter.

"Although he no longer worked with them, he remained part of the SMA family attending private family gatherings and staff activities as if he had never left. He would often invite them to his famous bar to cook a "jot" or to just enjoy each other's company and would occasionally pop up in the staffroom to keep connected or to share some of his produce.

"Indeed, Victor Abraham John lived a full life. He was well-loved and he will be deeply missed".