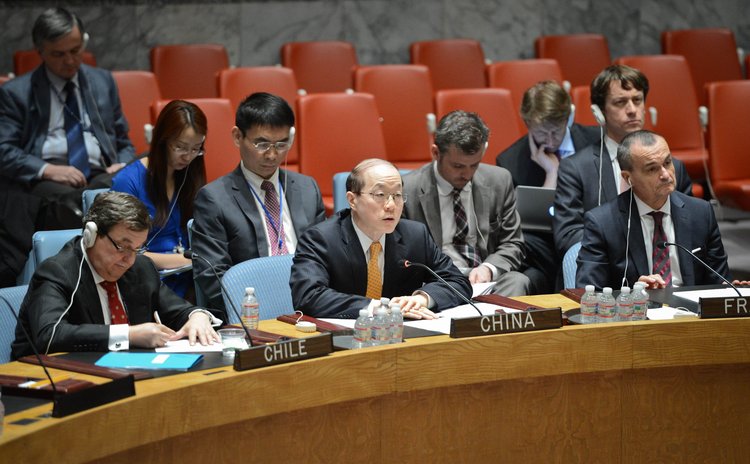 KIEV, May 3 (Xinhua/Sun) -- Violence has escalated in Ukraine with dozens of people killed and injured Friday, while the 12 detained observers from the Organization for Security and Cooperation (OSCE) in Europe were freed Saturday after intervention by Russia.

Ukraine witnessed its bloodiest day Friday since the new government came to power more than two months ago, with 43 people dead in the southern port city of Odessa and nine killed in a fresh army assault near the eastern city of Slavyansk.

Clashes erupted between pro- and anti-government protesters in Odessa Friday, killing at least 43 people and injuring 174 others, the local government said.

Among the dead, mostly pro-Russia protesters, 30 were suffocated when radicals set fire to a trade union building, while eight others died after jumping out of windows of the burning building. Up to 50 people, including 10 policemen, have sought medical assistance.

The municipal government has declared three days of mourning in Odessa.

Violence took place the same day as Ukraine launched a military assault in Slavyansk in an attempt to retake government buildings occupied by pro-Russia activists.

At least nine people died near Slavyansk Friday as the Ukrainian military tightened its noose on the town but lost two helicopter gunships to shoulder-launched missiles in the process.

Ukraine's Defense Ministry said the aircraft were shot down by surface-to-air missiles, which it said proved the activists were not civilians but well-equipped and well-trained militants.

Russia said following the shooting down that the military operation in Slavyansk meant Kiev had "crossed out" the Geneva agreements reached on April 17. Calling the military move a "manifestation of a crime of feebleness by the Kiev authorities," Russian Prime Minister Dmitry Medvedev urged those in power to "come to their senses ... otherwise the country's fate might be completely sad."

Shocked by the escalating violence, Russia accused Kiev authorities of being "direct accomplices" in the events in Odessa, saying "their hands are full of blood."

Russia said Saturday it would be "ludicrous" to hold presidential elections in Ukraine amid the rising tension and growing violence in the country.

"After what happened in Odessa, against the background of the unwinding spiral of confrontation in the country's southeast, we do not understand what elections Kiev, European capitals and Washington are talking about," Kremlin spokesman Dmitry Peskov told reporters.

Peskov said President Vladimir Putin extended his deep condolences to victims and families of the dead, but said Russia had not yet decided upon a response as "this element is absolutely new to us."

Meanwhile, the spokesman said Moscow had received thousands of calls requesting Russian assistance from southeast Ukraine, and pledged to continue its de-escalation efforts.

"People are calling in despair, asking for help, the overwhelming majority demand Russian help," the Interfax news agency quoted him as saying.

Peskov also said Moscow regreted Western leaders had completely different views on the situation in Ukraine to that of Russia.

U.S. President Barack Obama said Friday the United States and Germany were prepared to impose broader sanctions on Russia if it continued to destabilize Ukraine.

"We will not have a choice but to move forward with additional, more severe sanctions," if Russia disrupted Ukraine's presidential elections scheduled for May 25, Obama said at a joint news conference with visiting German Chancellor Angela Merkel at the White House.

"We are confident that we will have a package that will further impact Russia's growth and economy," Obama said, adding the sanctions could target Russia's energy, arms and finance sectors.

The two leaders met in Washington as Kiev launched a major offensive against militants that have seized government buildings across Ukraine's east. Russia slammed the operation, saying it would wipe out all hope for the viability of an agreement to de-escalate the violence reached between Ukraine, the European Union, the U.S. and Russia in Geneva last month.

While showing determination to impose more costs on Russia should it further destabilize Ukraine, both leaders expressed the hope the crisis would be resolved through diplomatic means.

"Our preference is a diplomatic resolution to this issue," Obama said, adding "our hope is that we do not have to deploy" the sanctions.

Also on Friday, the U.N. Security Council convened its second urgent session this week on the situation in Ukraine.

U.N. Secretary-General Ban Ki-moon reiterated his grave concern over the rising tensions in the eastern and southern parts of the former Soviet republic, stressing a "diplomatic solution is the only way out of this crisis."

The Security Council session was convened at the request of Russia, with Vitaly Churkin, the Russian permanent representative to the United Nations, demanding a "swift halt of all violence" in eastern Ukraine.

Ban, in a statement issued by his spokesman, urged all sides to exercise "maximum restraint" and appealed to those with grievances to voice them peacefully, to avoid more bloodshed.

The secretary-general also called for all parties to respect fully Ukraine's sovereignty and territorial integrity.

In another development, the 12 detained OSCE observors were released in Slavyansk Saturday after intervention by a Kremlin envoy.

"All the 12 people who are on my list have been freed," the state RIA Novosti news agency quoted Russia's presidential special envoy to Ukraine, Vladimir Lukin, as saying.

The observers, all Europeans, were part of a 12-member military verification team deployed last month by the Vienna-based OSCE in eastern Ukraine to monitor the political and security situation in the country following pro-Russia protests in its eastern region.

The team included seven military officers -- three from Germany and one each from the Czech Republic, Denmark, Poland and Sweden -- and a German interpreter, along with five Ukrainian military escorts.