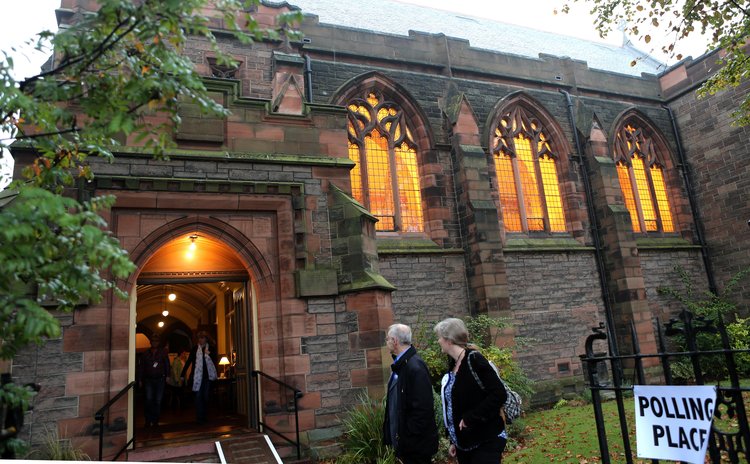 EDINBURGH, Sept. 18 (Xinhua/Sun) -- The votes counting for the Scottish independence referendum started immediately after the ballots closed on Thursday night.

Polling stations in 32 local authorities across Scotland closed at 10 p.m. British Summer Time and the referendum results is expected to trickle in from as early as 1 a.m. on Friday.

Expected to be announced at around 6.30 a.m.- 7.30 a.m. on Friday local time at the earliest, the precise and final result of the referendum may be much later on Friday, due to the volume of people voting at about 4.29 million.

The result will be announced by the chief counting officer Mary Pitcaithly, once it has become impossible for the other side to win. This may happen before the precise final result is known.

However, there are logistical issues that may delay the announcement of the vote.

Apart from road and rail transport, boat, aircraft and maybe helicopter are planned as tools to transport boxes of ballot papers to ensure the timely transfer of the votes.

Unlike the British general elections, and just to keep things exciting, there will be no exit poll. The ballots will be counted overnight.

This is the first Scottish independence referendum in Britain's history and official figures showed that about 97 percent of those eligible to vote in Scotland signed up to vote in the referendum, which is set to be the biggest poll in Scotland's history.

If a simple majority of Scots vote for independence, Scotland would become independent on March 24, 2016 after a period of negotiations with the rest of Britain, according to the whitepaper Scotland's Future published by the Scottish government on Nov. 26, 2013.