Wacky Rollers walks away with all Princess Cruises Awards 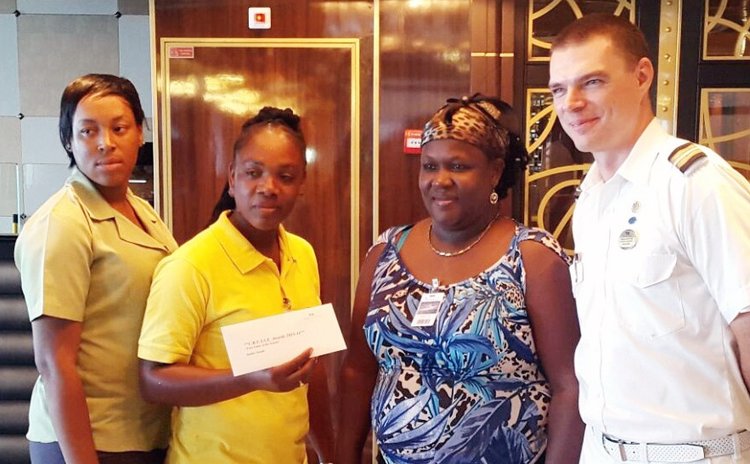 Tour Guide of the Season . Steline Joseph with Shore Ex Manager and family

Princess Cruise Lines, well known for its upmarket cruises and discerning guests, has once again recognized the efforts of Wacky Rollers/WRAVE Ltd in delivering excellence in service to its passengers over the 2013/2014 Cruise Season.

This prestigious award is presented annually and is based on high ratings and positive passenger comments. The tours selected are said to provide the cruise passengers with a 'positive and memorable experience while improving the overall ratings of the destination'.

Reflecting on this recent milestone, Managing Director, Phillip Rolle, states that "these awards are testimony to our unwavering commitment to continuous improvement and the consistent delivery of a safe, high quality service. We wish to express our deepest gratitude to all our staff, drivers and vendors/partners who work in support of this mission.'

Of note also is that not every port receives a Tour Guide of the Season award. Wacky Rollers is the only company in Dominica to win this award four times since the 2008/2009 cruise season.

Last year on receiving her award, Steline committed to surpassing herself and she has delivered! 'Steline never ceases to amaze me, as a team player and a professional. She is amazing!' says Yannick Xavier, Wacky Rollers Tour Supervisor. Presenting the award was the ship's Shore Excursion Manager Arkadiusz Kubok who said at the short ceremony on board the ship this afternoon that Wacky Rollers was being recognized by Princess Cruises for 'providing a high standard of service and high enjoyment' and 'for the great memories that you are helping to create for our passengers on the tours'.