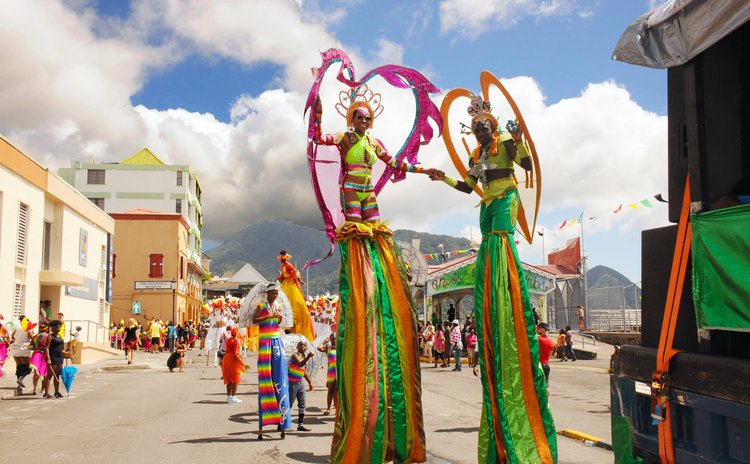 Africulture Stilt Walkers on the Bayfront on Carnival Tuesday 2017

Tall, very tall, they dance and prance among the clouds, sort of.

And we, the mere mortals, always look up to them in awe, sort of.

The Africulture Stilt Walkers (ASW) never fails to impress the judges of the Carnival Road Parade because,sort of, the adjudicators worship them-their height,their beauty and their how-do-they-do-that awesomeness.

So , there's no surprise again. The Africulture Stilt Walkers group, for the third year in a row, is the 2017 Band of the Year.

Here are the 2017 Carnival Road Parade Winners that the Dominica Festivals Committee announced this morning.

Lapo Kabwit with the Largest Following at 4:00am - Delices Lapo Kabwit

Special prize for the Most Colourful Band: Mercury