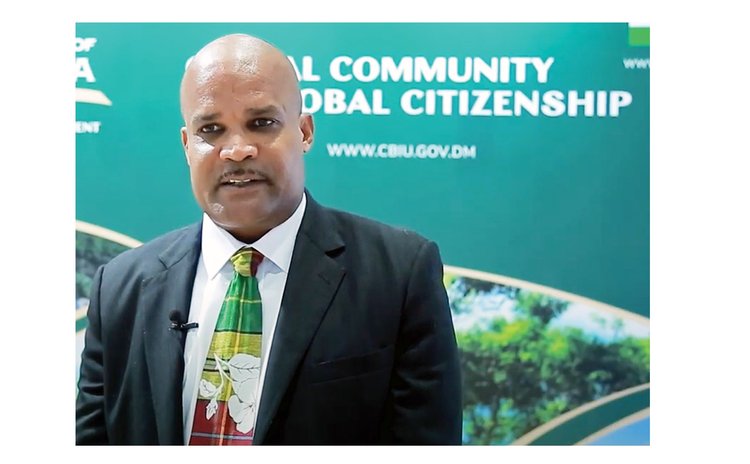 CEO of the CBI, Ambassador Nanthan

Kenny Green has been selling Dominican citizenship through his two companies for five to six years, and never has he, or any of the agents involved in the citizenship by investment programme (CIP), been barred from referencing visa-free travel to Europe as a selling point. Until now.

The Dominica government has ordered its agents not to promote visa-free travel to the European Union or the United Kingdom when they market the CIP.

"It is prohibited to reference visa-free travel to specific countries, territories and regions, including the European Union and the United Kingdom, with [sic] which a Dominican passport holder may travel to without needing to first apply for a visa, in any content used," the citizenship by investment unit warned in a letter to the agents. The letter, which threatened transgressing agents, sub-agents and promoters with "corrective measures," including being "prominently and permanently" blacklisted on the unit's website, came soon after the European Commission announced on 12 January that it was proposing a partial suspension of the application of its visa-free travel agreement with Vanuatu. According to the EC, Vanuatu's use of visa-free travel to Europe as a selling point in its marketing material posed a risk to the security of the EU and its member states.

Like Vanuatu, Dominica has an agreement with the Schengen countries, which allows it citizens to travel to the EU without a visa for stays of up to 90 days in any 180-day period. This has been a major selling point for peddlers of Dominican passports and, up until Sunday, some two weeks after the letter to the agents, the CBI unit itself continued to list on its website, visa-free travel to the UK and the Schengen area as a benefit of Dominican citizenship. This information was quickly taken down by Sunday evening after The Sun pointed it out to Emmanuel Nanthan, the unit's head.

Despite the cease-and-desist order to the agents, Kenny Green told The Sun this would not impact negatively on the marketing of the programme.

"What it is really doing is protecting the longevity of the programme . . . at a time when the EU in particular are very sensitive about the use of the citizenship programmes using the Schengen access as a tool to promote their programmes," Green explained. "And the case of the warnings put to Vanuatu and the imminent danger their programme has been put by the EU threatening to suspend their visa-free status has given an alert to all of the citizenship programmes, including Dominica, that they have to be wary of what they allow the agents to do and not do."

However, Nanthan insisted that the European Commission's proposed suspension of the agreement with Vanuatu did not influence Dominica's note to the agents. Instead, he said, it was the fact that some agents approach to marketing the programme cheapened the product.

"In recent times we have seen people advertising in different ways, with text blasts and so on, like they're selling things on the side of the road so we wanted to send a warning to our agents that the programme is a high net worth programme and it cannot be marketed in a manner that is not in keeping with a high net worth programme," the CBI unit head told The Sun. "We are asking our agents to be careful with the language that they use."

His remark about sales on the roadside is in apparent reference to a series of videos which surfaced recently of people advertising Dominican passports for sale outside of a supermarket in England and promoting visa-free access to the UK as a benefit of owning one of these passports.

There have also been reports of agents using push messaging as part of an aggressive marketing strategy to promote the programme, an approach which the CBI unit has also prohibited. "It is prohibited to promote or advertise the programme using mass texts, text blasts, push messages and other similar alerts via cell phone, telephone and social media with text of [sic] messaging services," the unit warned the agents.

The CBI agents have also been banned from offering citizenship at investment costs that are lower than the prescribed minimum, displaying images of Dominica's passport, using images of government officials or the unit head without prior approval and using terms such as "sale of passport", "buying passports" or "paying for passports". They have also been prevented from suggesting that agents can influence the government's decision-making process, stating the number of applicants who have been granted citizenship under the programme or their country of origin unless government has published this information, or using misleading information or falsehood when comparing the CIP with other similar programmes.

"The conversation about what benefits you get should not be something that you're selling out there as if you're selling a commodity," Green told The Sun. "What the government is doing is that they're removing as much as possible the commoditisation of the value of being a Dominican citizen. And that's the right thing."